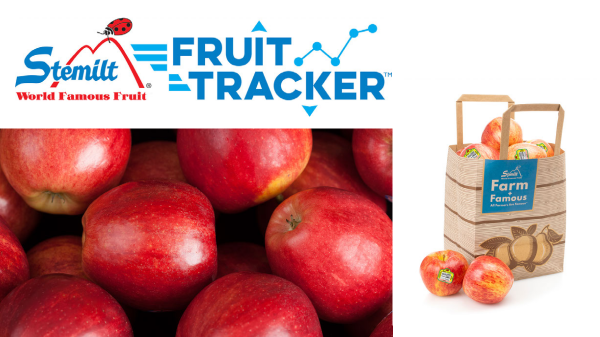 WENATCHEE, Wash. – Apple volumes and dollars dipped slightly across the U.S. in October 2020 compared to the year prior, while bags continued to be a leading merchandising strategy during the COVID-19 pandemic.

Apple dollars were down 1.2 percent nationally over the past 12 weeks when compared to the same timeframe the year prior. Pounds were down 0.5 percent, a trend that will likely continue because of the stark difference in crop sizes between the 2019 and 2020 crop.

“As harvest winds down, we know that the crop is shorter than last year’s record apple crop,” said Brianna Shales, senior marketing manager at Stemilt. “This fact means that retail dollars will need to strengthen over the next several months in order to counter the smaller volumes.”

“Packaged apples are up 7 percent in dollars and 9.3 percent year-over-year,” said Shales. “This is influencing apple dollars, as there is currently a $0.50 differential between bags and bulk. There is a balance in the normal disruption and now is the time for retailers to reimagine the way that bulk apples are sold so that we can help shoppers get them into their carts.”

Stemilt has a new paper tote bag, called Farm + Famous, to help retailers sell core apple varieties at a per pound price during this time. It allows retailers to sell bulk sizes and premium quality fruit while driving up the purchase size and capturing valuable dollars.

“We don’t want to let off the gas on bagged apples, but rather reimagine the way bulk apples are being sold during the pandemic,” said Shales. “These totes come pre-packed so that retailers can use our display-ready cartons to instantly build displays for shoppers to grab and get on their way. It’s essential for fitting current shopper behaviors, which don’t look to be changing as we head into the winter months.”

Stemilt noticed mixed messages in the top apple varieties over the past 12 weeks, with Honeycrisp up nationally 7.6 percent in dollars and 6.8 percent in volume. Fuji had similar growth while dollars and volume were down for Gala.

“Gala is the top volume apple and one that harvests early in the season,” said Shales. “Honeycrisp is the natural favorite for promotions, yet too many ads are focused on this variety alone. It’s a consumer favorite and one people gravitate to naturally, so multi-variety ads are going to be the ticket to win on apple dollars and volumes as we head into the winter months. Promote Honeycrisp but do so alongside other core varieties and at different price points.” 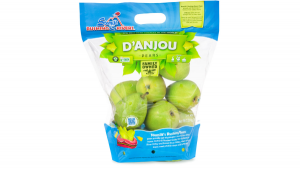 Stemilt also covers the pear category during this episode of Fast Facts: The Cast. Pears have followed a similar trend as apples with packages on the rise, while better consumer flavors are driving consumers to purchase pears.

“Dollars were relatively flat on pears. Retailers should know that 20 percent of pears are sold via bags currently,” said Shales. “If bags aren’t part of the merchandising strategy, they need to be because of COVID-19 and the fact that many consumers won’t crossover to bulk right now.”

Stemilt is a family-owned grower, packer, and shipper of tree fruit. Owned and operated by the Mathison family, Stemilt’s mission is to cultivate people and delight consumers with its World Famous Fruits. Stemilt is a leader in sweet cherries and organic tree fruits, and a key supplier of apples and pears. The company stewards an environmentally sustainable and socially responsible business through its Responsible Choice program, which has been in place since 1989.