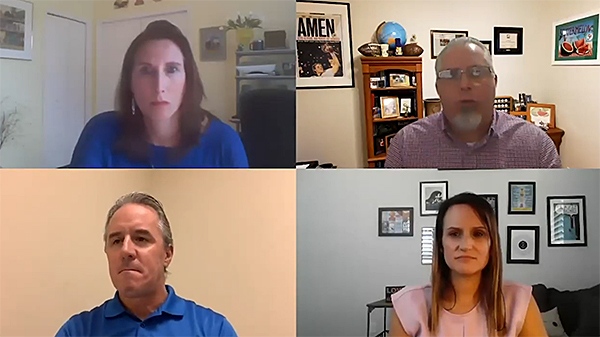 The produce industry has watched shopper behavior closely during the pandemic in an effort to predict what’s coming next.

IRI Worldwide’s Jonna Parker joined Anne-Marie Roerink of 210 Analytics, Joe Watson of the Produce Marketing Association BB #:153708 and Paul Kneeland of Gelson’s Markets BB #:113119 in a panel discussion of what has happened with shopper behavior, and what to expect in the coming months during PMA’s Virtual Fresh Summit on Oct. 13.

Now is a great opportunity for fresh produce at retail, Kneeland said. Frozen and shelf stable produce was a strong seller early in the pandemic, but consumers are looking for inspiration in fresh.

“I believe we certainly can take control over fresh produce purchases in the store,” he said. “The frozen departments are really static…in the produce department we can change things around and make things look beautiful.”

Speaking of spikes in sales, Roerink asked how retail will respond if another shutdown happens this winter.

“We learned a lot when the shutdown happened,” Watson said. “I’d be surprised if we go back as tight as we were before, but we’ll be more prepared.”

Retailers are ready with stock-up size larger packages, and a supply chain that’s better prepared. There could be snags in fresh produce supplies due to it being the offseason for domestic growers.

Early in the pandemic, fresh-cut fruits and vegetables were less popular than large pack sizes, but that behavior has changed as consumers are challenged with work-from-home, school-from-home, and even entertaining-from-home.

Fresh-cut merchandised in meat for meal inspiration is a value to consumers, Kneeland said.

And smaller trays and party platters are as well, Parker said.

“We see some really strong pivots in other departments,” Parker said. “We see continued demand for party trays, but it’s smaller, more frequent events. The consumer still wants that and is willing to pay more than making it themselves.”

Health call-outs also will be key.

“Consumers go to the things that they know,” Watson said. “That’s why we saw the jump in oranges that we saw.”

Consumers associate oranges with Vitamin C, but there are so many other produce items that can benefit from nutrition messaging, he said.

“Call it out and be consistent,” he said.

Watch a replay of the full session here: