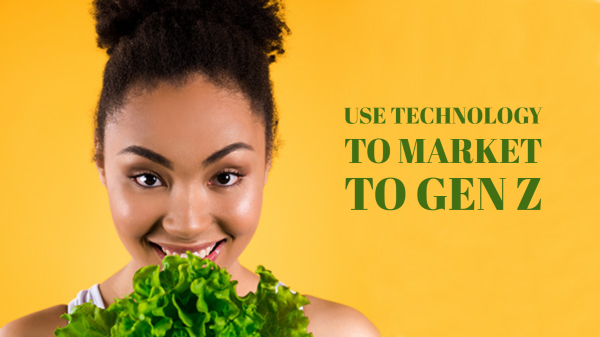 In addition to being digital natives, Generation Z “see technology as integral to their lives,” according to a LinkedIn article written by Emily Ketchen, director of marketing for the Americas at tech firm HP.

“Their devices are their connection to everything around them. They identify themselves not only in the context of their physical surroundings but also by what they experience in the digital arena.”

Although all generations have been influenced by social media, Gen Z differ from their older counterparts in platform preferences.

“Instagram and Snapchat especially have been the most formative,” says Alex Berkley, director of sales for Frieda’s, Inc. BB #:127169 in Los Alamitos, CA.

“The creation of Snapchat and the immediate communication it allowed people to have, especially through photography and creating a whole new sense of ‘privacy’ and not having to post content that is permanent, is what I think was the most formative.”

Gen Zers are far from illiterate: a Marketing Dive study indicates 77 percent preferred reading printed books. But as their preference for Snapchat, Instagram, and YouTube indicates, they are more visually oriented. They also have shorter attention spans: a mere 8 seconds compared to 12 seconds for millennials.

This may be a disadvantage when it comes to concentration, but on the other hand, Gen Zers are avid multitaskers and can navigate among five different gadgets at the same time, compared to two for millennials, according to Ketchen.

In terms of marketing, she recommends short, concise messages—in her words, “snackables.”

Other marketing tips: they like “cool and unusual products,” Ketchen says. This, again, would suggest that they would be far more open to novel and exotic produce than older generations would be.

Influencers are important to Gen Z people, but they prefer a different type of influencer than their older counterparts. They are less drawn to big-time celebrities than to microinfluencers—people whose following may number only in the thousands rather than in the millions, but who are perceived as having greater authenticity.

So it is with my sons. They are oblivious to movie and TV stars but eager followers of YouTubers such as Stampy Longhead (Joseph Garrett) and SSundee (sic; Ian Marcus Stapleton), who post videos about games such as Fortnite and Minecraft. (In terms of produce, they seem to favor blueberries and strawberries above all else.)