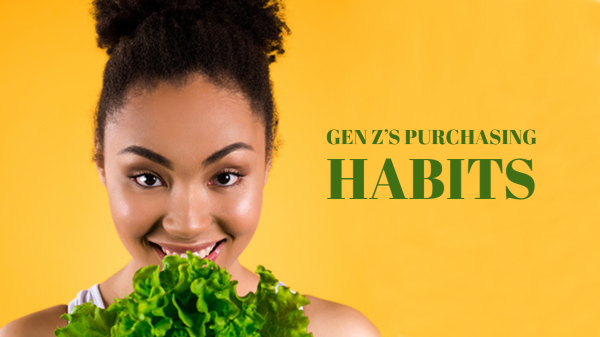 We know some about Generation Z’s spending habits, but with their age range being 8 to 24, a lot could change.

“It’s difficult to make comparative statements about how Gen Z purchase behaviors are similar to previous generations when many Gen Z consumers are still making purchases using their parents’ money, or influencing their parents about what to buy,” says Melinda Goodman, president of FullTilt Marketing, BB #:354985 based in Hubertus, WI.

“The good news is, because of their focus on sustainability and health, they’re helping households make more conscious choices about food and seeking out brands focused on doing the right thing,” Goodman adds.

Contradictory opinions abound regarding Gen Z purchasing habits. “Gen Z only thinks of shopping online,” says Alex Berkley, director of sales for Frieda’s, Inc. BB #:127169 in Los Alamitos, CA. “Rarely are they going into a store to find something or be inspired. They rely on the internet for their shopping needs as the first choice, then the physical retail store is their second choice.”

Nevertheless, a survey by the NPD Group, Inc. indicates the opposite, finding 62 percent of Generation Z shops in stores, as opposed to just 50 percent of millennials. An article on the CosmeticsDesign.com website finds Gen Z shops at brick-and-mortar stores more often than older, less digitally inclined shoppers.

Gen Z grocery shopping habits reflect other trends, including the fact that many members of this generation still live at home. One study conducted by the Field Agent website indicated 51 percent of Gen Z members surveyed shopped for groceries but were not the primary shopper in their households.

In terms of where they shopped, Gen Zers did not differ radically from Boomers: Walmart ranked the highest, accounting for 48 percent of Gen Z shoppers as opposed to 39 percent for Boomers. When listing reasons for their choices, Gen Zers were not fundamentally different from Boomers: both listed price as the chief consideration.

Gen Z members did show a difference in store preference. When asked which chain they had the most favorable opinion of, Whole Foods ranked the highest (with 21 percent, as opposed to 15 percent for boomers).

One might conclude that Gen Zers shop at Whole Foods aspirationally but in fact shop at Walmart. The survey indicated that another 31 percent believed they would still be shopping at Walmart in 5 to 10 years (a sign of reduced expectations?).

Even so, rightly or wrongly, 39 percent of Gen Z members surveyed believed they would shop differently for groceries than their parents. Yet they shop in the conventional brick-and-mortar stores even more overwhelmingly than their elders: 95 percent, as opposed to 90 percent for Boomers. (This survey, published in 2019, does not, of course, account for changes brought about by the coronavirus.)