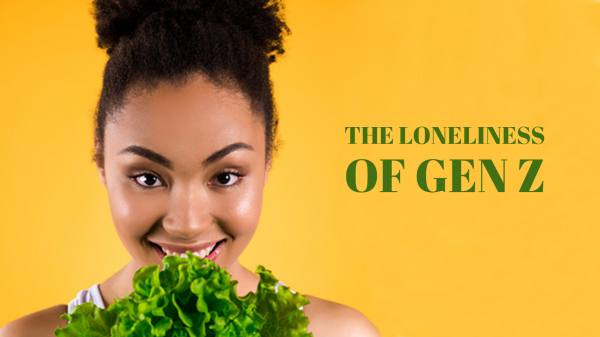 On a more serious note, Dr. Sean McDowell, a professor of Christian apologetics at Biola University in La Mirada, CA, describes Gen Zers as “lonely”—a characteristic that may have had a hard impact on their mental health.

Gen Zer Jaclyn Corin, one of the founding members of March for Our Lives, a student-run violence prevention organization, wrote in a June article on CNN.com: “We were the generation that grew up post-9/11 in a country filled with violence.”

Other explanations abound, such as crushing student loans; reduced economic possibilities, real or imagined; and the hardships of having to live with one’s parents as a grownup (one recent study estimated that 38 percent of Gen Z people live at home), but at the very least this fact indicates the social stresses on this generation are enormous.

Generational Rivalries
“Gen Z tends to see themselves very similar in thought and value to that of millennials and have very little thought at all about Gen X,” says Melinda Goodman, president of FullTilt Marketing, BB #:354985 based in Hubertus, WI. Gen Z also “decides to loathe Baby Boomers.”

Some millennials feel the same way. In a book by Wall Street Journal columnist Joseph C. Sternberg entitled The Theft of a Decade: How the Baby Boomers Stole the Millennials’ Economic Future, Sternberg contends that millennials have been left with a broken economy and a poor job market because of the bad decisions of Boomer politicians.

Yet nothing can be as easily turned as a generational table.

In a column for The Guardian, Poppy Noor writes, “It turns out millennials—some of whom are 40 now (gross!), are actually very uncool, and very different from Gen Z.”

Indeed, Noor continues, “Most of Gen Z today would rather be Boomers than hear one more millennial talk about not wanting to be spoken to before they have their morning ‘coffee.’”

In turn, she observes, “You can find millennials making fun of Gen Z for being superior, puritanical, revolutionary to the point of nihilistic—oh, and not being able to get into clubs.”

Each generation takes its turn reviling the previous one—a trend that goes back as far as the Egypt of the pharaohs and the Athens of Pericles. Boomers can take some small comfort from the fact that they scorned their own parents in the same way, in what the trendy 1960s called “the generation gap.”