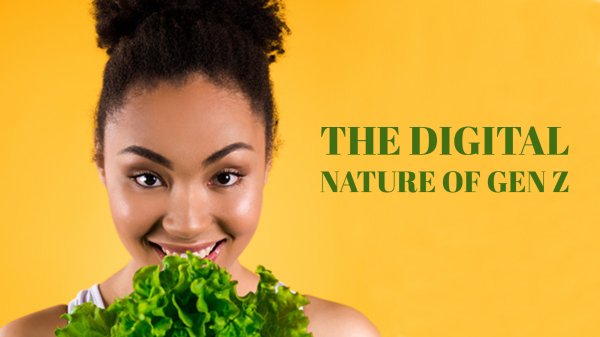 For them, the coming of the smartphone was undoubtedly much more significant than their kindergarten memories of the Twin Towers.

The smartphone did not show up out of the blue—early versions existed as far back as the mid-1990s—but the watershed came with the introduction of the Apple iPhone in January 2007.

The smartphone has changed life worldwide—it is credited with sparking the Arab Spring revolts of 2010-11—but it has been far more important in forming the identity of Gen Z than of its predecessors.

“While most millennials have spent much of their lives living in a mobile and digital world, they are digital migrants,” observes Emily Ketchen, director of marketing for the Americas at tech firm HP, in a LinkedIn article.

“They began in an analog world and have adapted to digital technology over time,” Ketchen goes on to say. “Gen Zers, on the other hand, are the first true digital natives. Their top-three preferred devices are smartphones, TVs and laptops compared to millennials who default to desktops, smartphones and TVs (in that order).”

I can see the effects of the digital age on my sons, who, born in 2008 and 2009, represent the younger side of Gen Z. Although, like boys in days past, they bicycle to the park and have friends for sleepovers, their time and thought focus on digital media.

They talk to their friends on their smartphones and spend more time gaming with them than seeing them in person. When they’re not involved in these activities, they’re watching videos of people playing video games (which I find rather incomprehensible).

What are the distinctive characteristics of Gen Z? One concise assessment appears in an Internet article by Dr. Sean McDowell, a professor of Christian apologetics at Biola University in La Mirada, CA, who says they possess nine distinctive traits.

Gen Zers are: (1) digital natives; (2) entrepreneurial; (3) diverse; (4) less likely to identify with a particular religion; (5) “blurry” in regard to distinctions between home and work or public and private; (6) overwhelmed; (7) lonely; (8) progressive on social issues such as marijuana legalization and same-sex marriage; and (9) individualistic.

Alex Berkley, director of sales for Frieda’s, Inc. BB #:127169 in Los Alamitos, CA, characterizes Gen Z in terms of “their need/understanding/reliance on technology, independence, especially with their world views, their political and social progressiveness, and their confidence to stand up for their generation and the needs of their future.”

A verbal selfie circulating on Facebook, attributed to one “Taya,” shows another angle: “Gen Z will drink one caramel latte, not eat a single thing till 4 pm, verbally abuse a racist, crack a joke about their mental health and pick up a tear gas canister with their bare hands, but get nervous when they have to call to make a doctors [sic] appointment.”

Taya’s statement unpacks some major characteristics: a partiality to coffee drinks that were, until comparatively recently, the privilege of people who traveled to Italy, and an earnest embrace of social justice as well as courage in standing up for it, combined with a sense that their mental health is not all it could be.