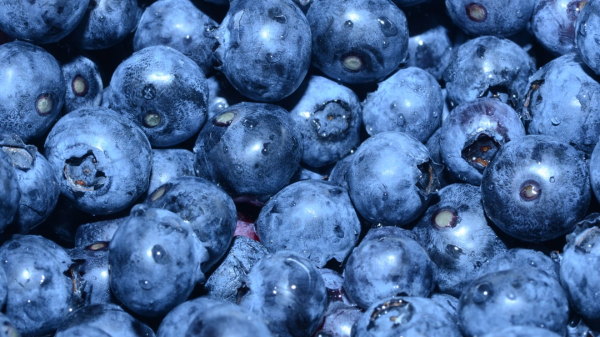 Blueberries are big business in the U.S., and a recent economic impact study showed just how important they are.

“Blueberries are a very big deal,” said Dennis Tootelian, emeritus professor of marketing and former director of the Center for Small Business in the College of Business Administration at California State University, Sacramento, who presented details of the study Oct. 1 at the U.S. Highbush Blueberry Council’s fall conference. 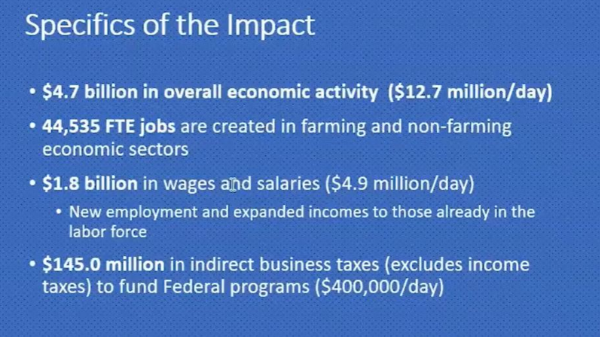 Tootelian said it studied grower spending, which creates spending throughout the economy. He also said the industry creates 44,500 full-time jobs in the U.S. and $145 million in indirect business taxes, excluding income tax. 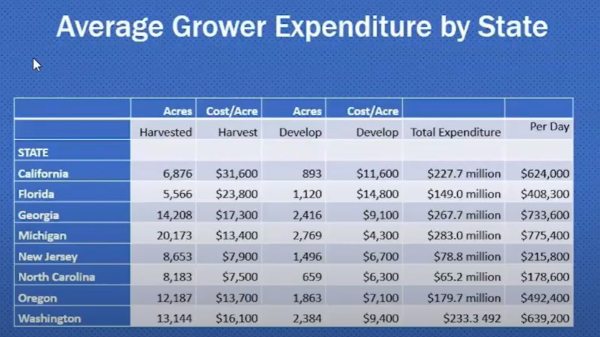 Because of local economic issues, the average cost per acre for growers ranged from North Carolina and New Jersey on the low end at $7,500 and $7,900 per harvested acre, respectively, to California at $31, 600 on the high end.

The study also showed each of the eight states’ economic activity generated. 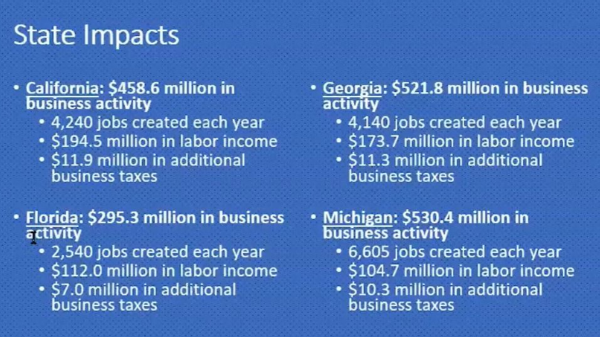 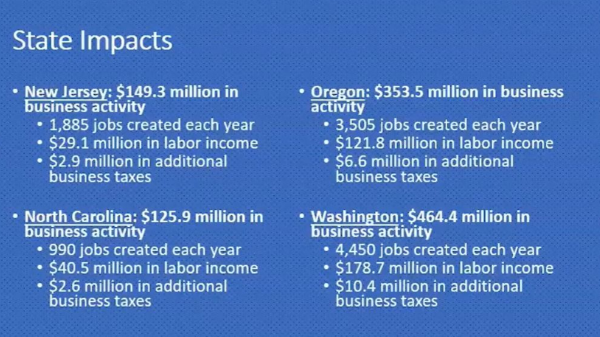 About a month ago the Office of the U.S. Trade Representative, the Department of Agriculture, and the Department of Commerce released a report outlining the Trump Administration’s plan to address the threat posed by increased foreign imports to American producers of seasonal and perishable fruits and vegetables.

Earlier this week, United States Trade Representative Robert Lighthizer issued a request to the International Trade Commission to initiate a Section 201 global safeguard investigation into the extent to which increased imports of blueberries have caused serious injury or threat thereof to domestic blueberry growers.