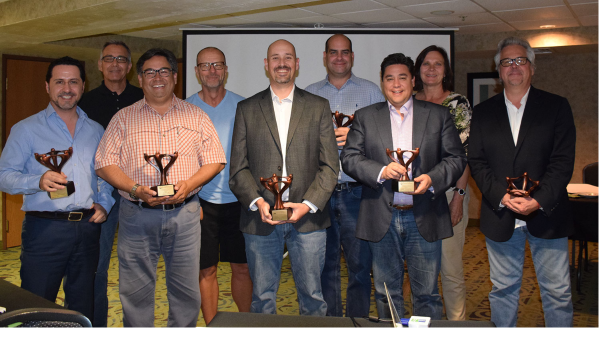 Nogales, AZ— Members of the Fresh Produce Association of the Americas (FPAA) BB #:144354 held their annual meeting on September 29, 2020 in a virtual conference for members. This year the FPAA welcomed a new chairman, chairman-elect, and several board members. Members also discussed several key initiatives from 2019-2020 and outlooks for the upcoming year.

Scott Vandervoet from Vandervoet & Associates {{BB #:151746}}  completed his term as FPAA chairman and will now hold a two-year position on the board as past chairman. Vandervoet spoke to the membership about the many challenges faced by the industry over the last year, including the COVID-19 pandemic, repeated attacks on trade, and more. He also talked about the strength of members coming together to meet these challenges.

FPAA president Lance Jungmeyer said, “Scott has been a steady and wise leader for our industry. When our neighbors in Northern Arizona were facing challenging times during the pandemic, Scott led an initiative to send weekly supplies of fresh produce to the Native American tribes. He also helped rally produce donations for the local community. On a national level, Scott represented the members in federal hearings on seasonality and trade, and he spent countless hours traveling to Mexico City and Washington, DC for high level meetings. These are just a few of the huge contributions he has made for this industry and for our community.”

Leonardo Tarriba is the FPAA’s newest chairman after having spent two years in the chairman-elect seat. Mr. Tarriba of Farmer’s Best International BB #:126189 has long been involved in the FPAA as an active board member and a member of the FPAA’s tomato, mango, and grape divisions. Rod Sbragia of Tricar  BB #:106364 was elected as the next FPAA chairman-elect where he will serve a two-year term before becoming chairman in 2022.

Mr. Tarriba expressed his appreciate to the members for trusting him in the important role as FPAA chairman. “Fighting for our industry is a moral obligation and one I take very seriously. I thank my coworkers, the owners of my company, my family and my peers for making it possible for me to dedicate myself to the position of chairman for the next two years. I also thank Scott Vandervoet for his years of dedication and all the hard work he put in while he was our chairman.”

FPAA president, Lance Jungmeyer, talked about a variety of activities and opportunities that the association has been working on over the past year, including the Tomato Suspension Agreement, U.S. Trade Representative actions that will impact members, important updates on the cold inspection facilities being constructed at the port, Mexico and Washington, DC advocacy, and more.

Peers in the association note that Martinez is committed to industry improvement, and that he works tirelessly to implement innovations in inspections and warehouse management.

Indeed, Martinez sets an example for others in the industry, according to FPAA Past-Chairman Scott Vandervoet. “He has been a great example of a member of the industry interacting with state government,” Vandervoet said.

The FPAA and its members rely on the commitment and expertise of their board of directors, division directors, and the engagement of the FPAA membership in advancing the goals of improving business for its member companies.

Founded in 1944, the Fresh Produce Association of the Americas (FPAA) is a nonprofit trade association headquartered in Nogales, Arizona, that represents over 120 U.S. member companies involved in importing and marketing fresh fruits and vegetables grown in Mexico and distributed across North America and the world.