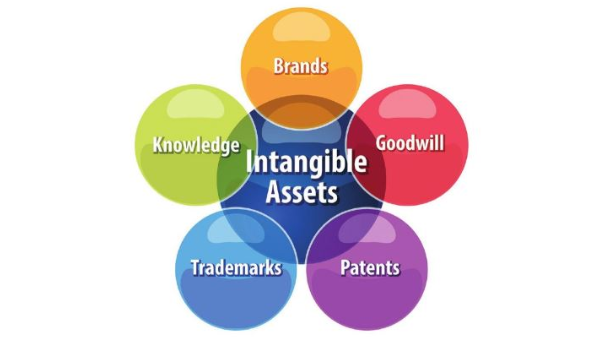 Goodwill as a word carries many positive associations: it’s a greeting on a holiday card and a place to drop off a dozen bags of clothes your kids outgrew a decade ago.

Goodwill also has a place in the business world: in fact, it has a very specific meaning. It can be thought of as a company’s unquantifiable intangible assets—notably its brand, reputation, and the positive value attached to its products. (Sometimes an intangible asset, like a license, has a quantifiable value—in this case, it’s listed as an asset along with the rest.)

Defining Goodwill
Here’s a definition from the early twentieth century that still applies, from Halsbury’s Laws of England: “The goodwill of a business is the whole advantage of the reputation and connection with customers together with the circumstances, whether of habit or otherwise, which tend to make that connection permanent. It represents in connection with any business or business product the value of the attraction to the customers which the name and reputation possess.”

To give financier Warren Buffett’s definition, as stated in a 1983 letter to investors: “Businesses logically are worth far more than net tangible assets when they can be expected to produce earnings on such assets considerably in excess of market rates of return. The capitalized value of this excess return is economic goodwill.”

One example is Buffett’s own purchase of the California company See’s Candies, which sells boxed chocolates, in 1972. Buffett has called it a “dream company,” and one major reason is its goodwill.

See’s candy is good, but not that much better than many other fine brands of chocolate. Yet many Californians associate it with their childhood Christmases—and this unusually strong affection is certainly part of the company’s value, intangible though it is.

This goodwill (among other factors) led See’s Candies to have $2 million in profits with $8 million of assets, making it highly attractive to Buffett and his fellow investors.

Other examples: people love Coca-Cola and McDonald’s and have positive associations with these names. These associations have monetary value; you’re more likely to go to a McDonald’s than to a burger chain you’ve never heard of, hence the Halsbury mention of “circumstances” and “habit,” both of which then “tend to make that connection permanent.”

The McDonald’s brand, with all of its associations, is an intrinsic part of that connection. And it’s worth a lot of money, as we can see from its aggressive protection of what is, after all, nothing more than a Scottish patronymic: “Mc.” Years ago, the fast-food giant hounded a small Japanese restaurant in San Francisco into changing its name from “McSushi.” Its replacement? “We Be Sushi.”

This story illustrates another important point: trademarks are part of a company’s goodwill. Moreover, it is up to the owner to enforce its claim over a trademark. The U.S. Patent and Trademark Office registers trademarks but doesn’t enforce them.

How did McDonald’s enforce its claim?

Here’s the explanation from the back of We Be Sushi’s menu: “The original name was McSushi. Our sign was up, and we were ready to go. But before we could open our doors, we received a very formal letter from the lawyers of, you guessed it, McDonald’s. It seems that McDonald’s has cornered the market on every McFood name possible from McBagle [sic] to McTaco. They explained that the use of the name McSushi would dilute the image of McDonald’s.”

In short, if McDonald’s wants to go into sushi, it has the name sewn up.