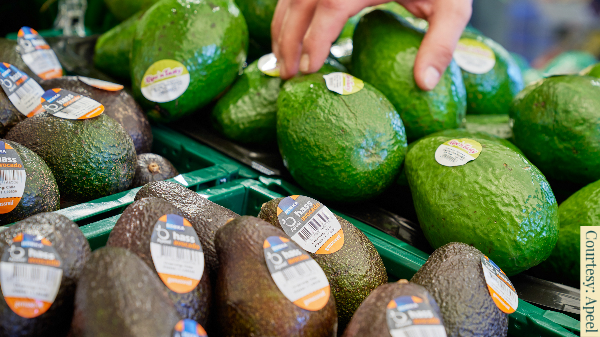 The outcome of an extensive pilot test in about 2,900 selected Edeka and Netto Marken-Discount stores has proven successful with a 50% reduction in avocado food waste, along with a significant increase in sales and greater customer satisfaction.

As a result, Edeka now offers Apeel’s longer-lasting avocados and citrus in more than 11,000 Edeka and Netto stores throughout Germany, and Edeka and Apeel are planning to introduce additional categories in the future, subject to approval by the EU authorities.

“With the nationwide launch of Apeel in our stores, we are reaching a new milestone in our goal of reducing food waste and the use of plastic packaging step-by-step,” says Markus Mosa, CEO of Hamburg-based Edeka AG, adding: “We also support our shoppers to make an active contribution themselves to prevent valuable food in the household from ending up in the garbage bin.”

James Rogers, CEO of Apeel adds: “When we use nature’s solutions to solve food waste, everyone benefits: food retailers, shoppers and ultimately, the environment. Apeel’s food waste reduction results at Edeka suggest that we’re entering an age of sustainability where there’s alignment between businesses and doing the right thing for the planet. Solving food waste goes beyond a better bottom line: it’s now understood to be the number one way to fight climate change.”

Impressive results with avocados
The pilot test with Apeel was conducted at about 2,900 Edeka and Netto Marken-Discount stores in the first half of 2020, with avocados from Chile and Peru treated with Apeel.

Over a period of twelve weeks, write-off rates (shrink and food loss), sales and turnover values were tracked. Figures were compared with those of a control group of non-Apeel treated produce, and the results included the following:
• In the produce departments that used Apeel, a total of 50% fewer avocados were wasted.
• Apeel helped pilot stores achieve 20% growth in avocado sales, due to both selling more avocados that would have otherwise gone to waste as well as increased customer demand.
• Avocados treated with Apeel have proven to be superior in quality thanks to its plant-derived technology that retains moisture while reducing oxidation, which ensures longer-lasting freshness throughout the natural ripening process and longer overall shelf life.

Fruit and vegetables often end up in the garbage bin
In Germany, some twelve tonnes of food are disposed of each year – which corresponds to about 75 kilograms per person. Studies show that more than half of food losses occur in private households.

Fruit and vegetables are discarded most of all, accounting for 34%. The innovative Apeel process helps retailers and consumers make a simple but effective contribution toward combating food waste.

Avocados, as well as oranges and clementines under the WWF project, are currently the first Apeel categories to be offered at Edeka and Netto Marken-Discount stores. The Edeka Group plans to introduce further Apeel produce categories in the future in cooperation with its innovative suppliers.

ABOUT APEEL PRODUCE
From strawberries to peppers, every fruit and vegetable has a protective peel or skin that nature uses to keep it fresh. Made from materials found in fruit, Apeel adds a little extra “peel” to the surface of fresh produce to slow water loss and oxidation (two factors that cause spoilage). Apeel produce stays fresh for much longer, so you have more time to enjoy it at its most delicious — and much less food and money is wasted. For suppliers and retailers, Apeel’s technology creates an optimal microclimate inside every fruit or vegetable, maintaining quality, extending shelf life, and transportability—with reduced reliance on refrigeration and controlled atmosphere. For more information, see the Apeel FAQ.

ABOUT APEEL
Apeel is a company that is fighting the global food waste crisis by utilizing nature’s tools to prevent waste in the first place — a sustainable approach to the world’s growing food demands. The company’s plant-derived technology helps fresh food growers, suppliers, and retailers maintain produce quality and extend shelf life, which minimizes food waste from the farm to the retail shelf to the kitchen table. Apeel was founded in 2012 with a grant from the Bill & Melinda Gates Foundation to help reduce postharvest food loss in developing countries that lack access to refrigeration. Today, Apeel formulations have been proven effective at reducing the rate of spoilage for dozens of USDA Organic Certified and conventional produce categories, and the company works with partners ranging from smallholder farmers and local organic growers to the world’s largest food brands and retailers.

The profile of the Edeka Group with a clearly SME co-operative orientation and structure is based on successful interaction at three separate tiers: some 3,700 independent retailers throughout Germany are the public face of Edeka. At the retail level, they assume the role of the local supplier, who vouches for first-class quality and enjoyment of groceries. They are supported by seven regional wholesale operations that supply fresh produce to the Edeka stores on a daily basis and also provide support with distribution and expansion plans as needed. Co-ordination of the Edeka strategy takes place at the Hamburg-based Edeka Zentrale. It steers and controls the national merchandise business as well as the successful “We just ? food” campaign, providing substantial and diverse impetus for realising overarching objectives within the Edeka Group. In addition, together with its subsidiary Netto Marken-Discount, it sets successful standards in the discount segment. Specialist dealership formats like BUDNI or NATURKIND, online-based delivery services and the wholesale consumer business with the Edeka Foodservice effectively round off the wide spectrum of services provided by the Group of companies. With about 11,200 stores and 381,000 employees, Edeka generated 55.7 billion euros in turnover in 2019. Edeka is one of the leading providers of vocational training in Germany, with about 18,300 trainees and apprentices currently in service.