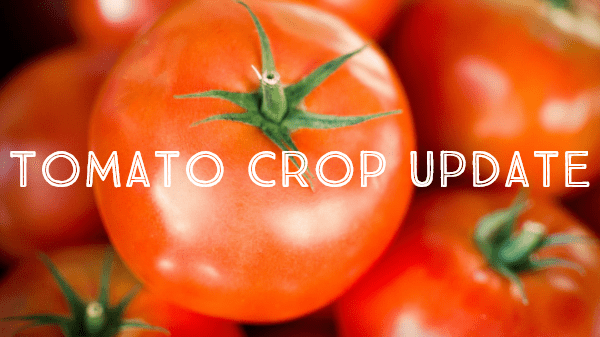 The pandemic effect on the tomato market may be good for everyone involved.

Volume is up, but with consumer demand much stronger than last year, prices are staying above last year’s levels.

Tomatoes continue to be one of those items in the produce department that consumers grab each trip, as retail scan data shows 20 percent year-over-year growth.

Tomato supplies are available from Mexico, California, the southeast, and of course, there are thousands of smaller local deals and even backyard plots, and they all seem to be finding eager homes. 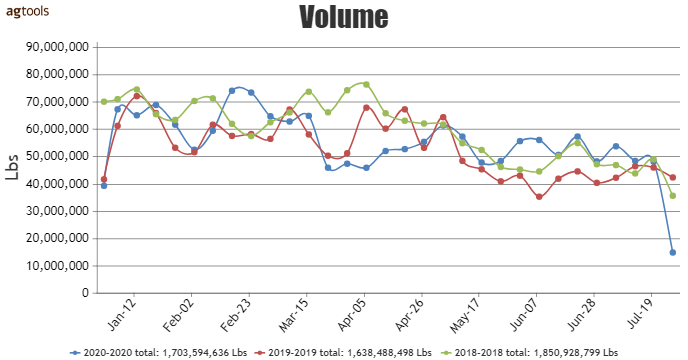 Even though volume has grown since last year, the road has not been very smooth said Raul Lopez, agronomist and vice president of Agtools Inc. BB #:355102

The first two months were very similar to 2019, while March showed a big increase that ended in April with a depressed market. In the two previous years, consumption had a downward trend, but in 2020 the market is growing, which is very different than the traditional performance during the summer.

MARKET BEHAVIOR IN 2019 AUGUST THROUGH OCTOBER 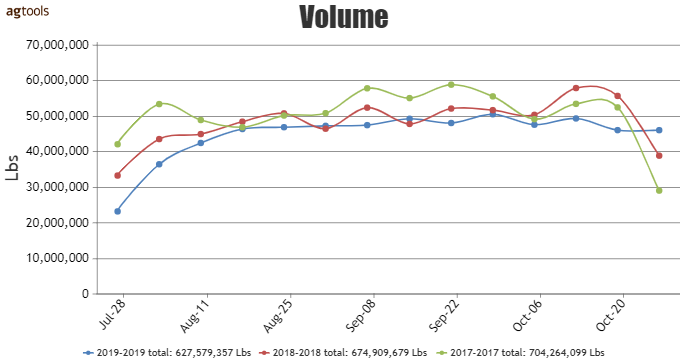 Even though this year is performing differently than the previous years, it is important to review how the market behavior during the rest of the summer in 2019, Lopez said.

It seems that it was a very steady market with no big changes the last few years, and this could be the behavior for the next 90 days in this current year.

Central California F.O.B. price for large tomatoes in the last 90 days has not shown big up and downs, increasing from $12 to $14. These prices are higher than the two previous years, especially around the 4th of July, Lopez said.

Tomatoes from Mexico F.O.B. south Texas also have higher prices than 2019 and 2018. Current prices are around $17.

In the New York market, the price for tomatoes 4×4 from Mexico have had an up and down behavior in the last 90 days. During July, these changes were reduced, and it is showing a slight upward trend in the range of low $20s.

The retail price in the Northeast region in the last 90 days, has been very similar to the previous years, even while the market and F.O.B. prices have increased, these increases have not been reflected to the consumer in the same proportion, Lopez said.

As has been said, the produce industry has been incredibly resilient in this turbulent year, Lopez said. The Tomato market has represented a big recovery in 2020 over the previous year. YTD volume has grown almost 4 percent over 2019 even with the pandemic lockdown. Some regions have grown drastically such as Canada and South Carolina. 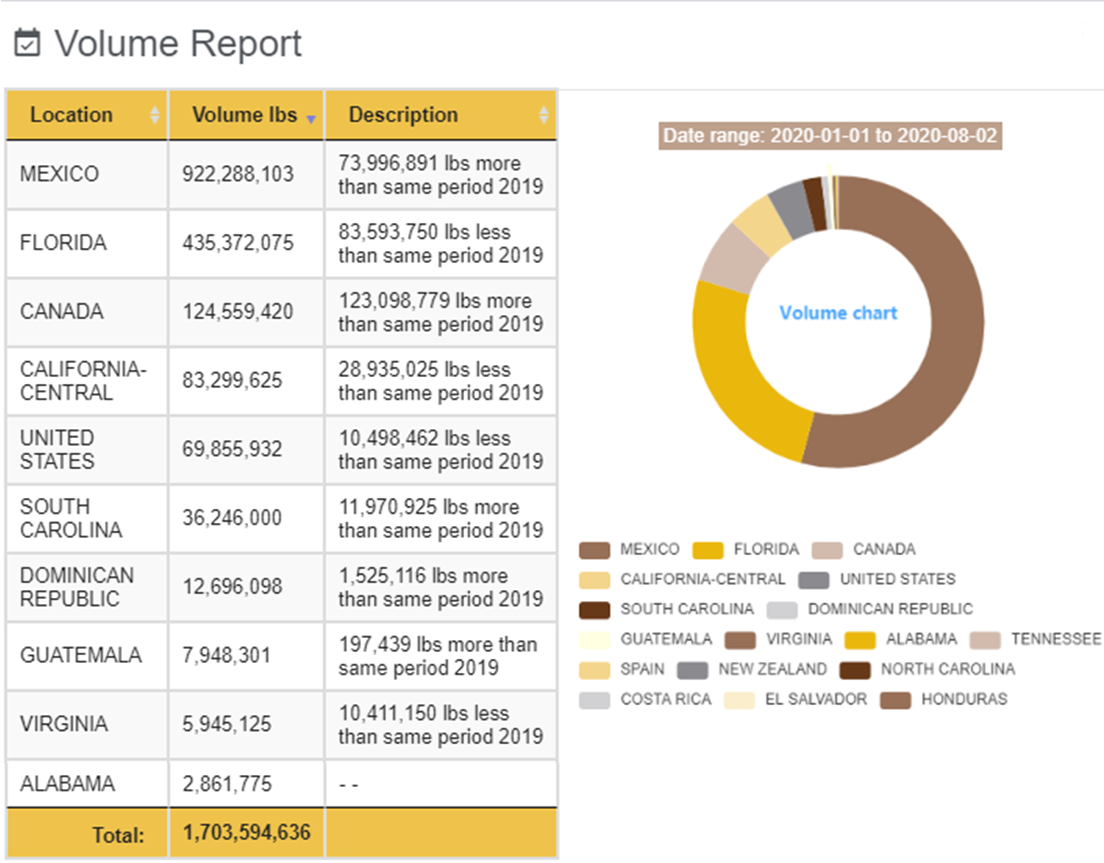 Total year to date volume is 1.7 billion pounds, however, during the current year, the market has experienced a roller coaster behavior.