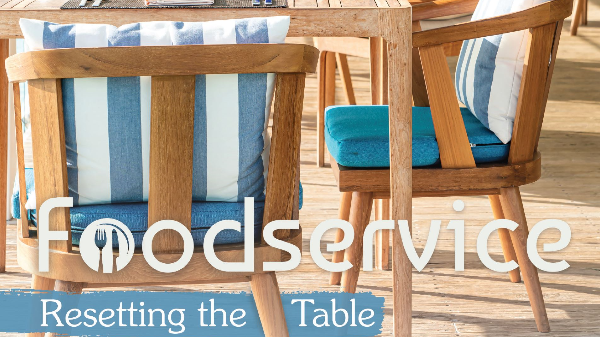 The precipitous decline of the foodservice channel during the coronavirus pandemic has been a massive challenge for many fresh produce suppliers.

Restaurants and bars lost more than $80 billion in March and April alone, according to the latest figures from the National Restaurant Association, which projects losses of $240 billion for the year.

A survey by the reservation app OpenTable estimated 25 percent of all restaurants will shutter permanently due to the crisis; in Texas alone, 12 percent of the restaurants that closed temporarily have now closed permanently, according to the Texas Restaurant Association.

Chains such as Souplantation, as well as independently owned fine dining establishments such as Momfuku CCDC, have ceased operations, while operators from Steak & Shake to Denny’s have announced significant closures.

“We’ll continue to lose some,” confirms Tim York, recently retired president of Markon Cooperative, Inc. BB #:123315 of Salinas, CA, whose members are foodservice distributors. “The industry was overbuilt, so in some ways this is a healthy process.”

That said, the closures, temporary or otherwise, have wreaked havoc on fresh produce suppliers.

“Foodservice just dropped off a cliff,” says Lauren Scott, chief marketing officer at the Produce Marketing Association BB #:153708 in Newark, DE. “Trucks on the road had to turn around because states were closing. The magnitude of the loss has been almost incalculable.”

Some customers remained open to a degree, and operators reported expanded purchasing from a few, such as Cheesecake Factory and Veggie Grill. But this was not the norm. “Our small-customer base was in absolute chaos,” says Harris Cutler, president of root vegetable distributor Race-West Company BB #:156704 in Clarks Summit, PA.

Not only did restaurants shut down in March, but corporate and university foodservice customers closed as staffs and students worked or studied from home; big events such as tradeshows, fan festivals, and sports events were cancelled; hotels, airlines, and cruises had few to no customers; and K-12 schools and even hospitals saw demand for fresh produce decline, although they continued to supply meals to low-income students and Covid-19 patients and staff.

While the landscape continues to change daily, many of these challenges are ongoing.

They have forced all players in the fresh produce supply chain to get creative as they try to mitigate losses in the short term and position themselves for success in a post-Covid foodservice environment that will look very different from the past.