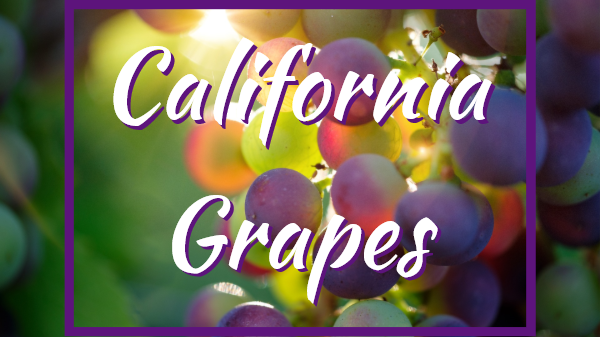 Fresno, CA – Asking consumers to support the California grape farming community during this difficult time by buying California grapes is the heart of a multi-faceted outreach effort underway now that continues into the fall.

Featuring radio commercials, social media outreach supported by advertising, and a series of messages delivered to retailers, California Goodness Matters is about the importance of supporting the farming communities in California that grow and harvest 99 percent of the nation’s fresh table grapes.

“Goodness in all forms matters now more than ever,” said Kathleen Nave, president of the California Table Grape Commission. “Recognizing that the decisions we make as consumers make a difference in the livelihood of others and in the economic survival of small rural communities is what the California Goodness Matters campaign is about,” Nave said. “It is also about the goodness that is California grapes.”

The campaign reaches consumers in California markets over radio in English and Spanish. Award-winning chef and restaurateur, Aarón Sánchez, is featured in a 15 second Spanish-language spot, focusing on his belief in the importance of supporting those who grow and harvest our food.

The next phase of the campaign will include two more radio commercials, focusing on healthy eating. Sánchez will voice the first spot. Amy Brown, co-host of The Bobby Bones Show that is syndicated to more than 150 country stations throughout the country, will voice the second spot.

Both Sánchez and Brown will share their thoughts on California grapes and the ways in which California Goodness Matters through social media.