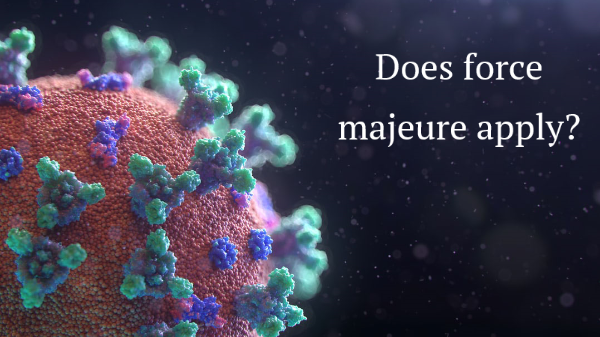 “Force majeure” (from the French, meaning “major force” or “greater strength”) has a grand, rather chivalric ring to it.

But in the everyday world of contracts, supply, and delivery, it has a more prosaic sense.

“Force majeure” refers to certain unforeseen and unavoidable events—“acts of God,” in legal language—that prevent a party from fulfilling its side of the contract.

You mean, like the coronavirus? Conceivably. It’s easy to see how the coronavirus could constitute an “act of God” that might excuse a party from failing to fulfill a contract under force majeure provisions. But of course, it’s a legal issue, and legal issues are rarely simple.

Many force majeure provisions specify such things as pandemics, which, of course, will make it easier to make a claim.

With or without such clauses, many companies are making that claim. Nearly one-third of international respondents to a survey by the procurement firm Procurius “reported that they had already faced a claim that a supplier or customer was excused from performing their obligations under an agreement because of the law of force majeure,” writes Tim McCarthy on the Industry Week website.

Have any in the produce industry invoked the force majeure clause over the coronavirus pandemic? Doug Nelson, vice president and trading assistance manager at Blue Book, Inc., says a couple of cases had been brought to him early on in the pandemic. 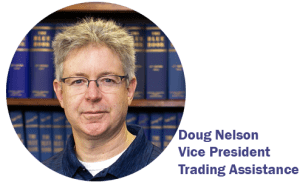 “One involved a buyer who told a seller his failure to pay was excused as an ‘Act of God,’” Nelson says. “In this case we explained that where force majeure or related doctrines apply, they tend to excuse suppliers who are unable to produce, not buyers who simply don’t have the money to pay for what they ordered.”

“The other call that I’m thinking of was very early on. A seller told me field workers in Mexico were refusing to work because of the virus. (I suspect this was just a rumor—or at least not nearly as extreme as he was making it sound.) Here we pointed out that PACA precedent with respect to, say, floods, requires that the specific area that was flooded be identified in the contract. So, if I sold you strawberries from X field or X county and that entire field or county is flooded, then my performance may be excused as impossible. But if I sell you strawberries without a geographic description, then even if my whole county gets flooded, I’d likely be expected to purchase replacement product to meet the demands of the contract. Uniform Commercial Code 2-615, Failure of Presupposed Conditions, is relevant here.”

“Article 2 of the Uniform Commercial Code (UCC) may also excuse performance where performance is rendered impracticable by either (1) the occurrence of an event ‘the nonoccurrence of which was a basic assumption on which the contract was made’ or (2) good faith compliance with foreign or domestic government regulation,” explains an article on the website of the Washington, DC, firm Baker Mackenzie.

Although it can be complicated, it’s safe to conclude that the pandemic itself cannot be generically invoked as a valid reason for failure to fulfill a contract under force majeure clauses; more specific causes would have to be demonstrated.

McCarthy offers some specific suggestions for dealing with force majeure in the era of the coronavirus:

• “Maintain ‘eye contact,’ and keep an eye out.” Many supply arrangements already include information-sharing and collaboration requirements; review your contracts for these sorts of provisions and use them to maintain visibility into supplier operations and as a basis for additional communication and collaboration.

• “Don’t take the claim at face value.” The law varies from place to place, and it’s designed to be flexible. Evaluate whether the party really has failed to comply with the contract because of the disaster involved, or whether other forces are also at play. These may give you ground for pushback.

• “Be flexible and creative.” Spot issues as they arise rather than when they become acute and assess your position before you have to make hard decisions. “Force majeure law itself often provides for accommodations such as allocations of supply and temporary changes to contract requirements, which can be initial responses to moderate disruptions. Businesses facing more serious disruptions have been going further, negotiating price changes and financial support, arranging for collaboration between primary suppliers and backups, and offering longer-term order commitments. . . .Even if an issue turns into a surprise, don’t let the uncertainty of the situation result in a loss of control—try to tighten up the relationship and preserve it.”

That is, of course, after you’ve decided that the relationship is worth preserving to begin with.