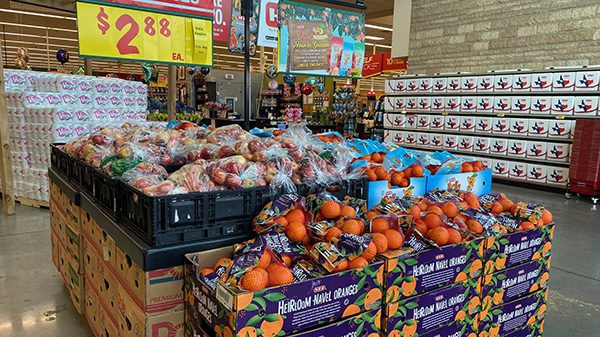 Bagged oranges and apples have taken over the entry displays at my local store, and rightfully so. Photo by Pamela Riemenschneider

The North American apple market has settled into a normal pattern of steady prices and heavier-than-normal summer volume after the March pandemic spike and drop.

The U.S. Apple Association reported the industry had a record volume in storage on June 1, which means 2019 crop should still be available for most of the summer at low prices before the 2020 fall harvest begins.

The USDA Farmers to Families Food Box program is relieving some of the pressure on the market, as bagged apples are a common item in food boxes. 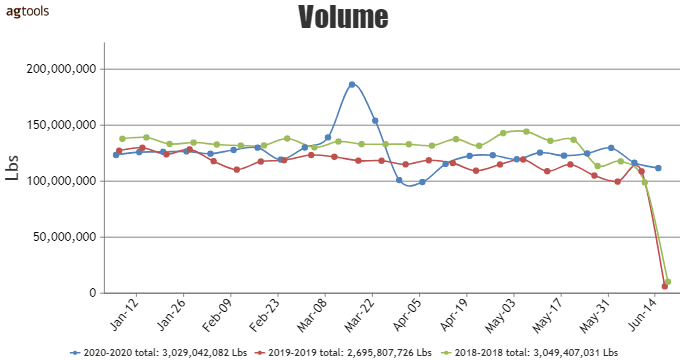 This year began very similar to the previous two years. In mid-March we observed the emergency buy effect with a high-low reaction, however, and after mid-April, the demand recovered over 2019, but was still lower than 2018, said Raul Lopez, an agronomist with Agtools Inc. 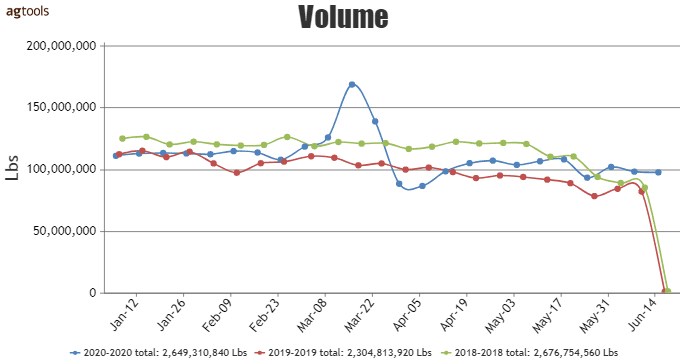 Compared to the total market behavior, the volume for the Washington has been performing much better in 2020 than 2019, Lopez said. This is especially true after the pandemic effect, where it has shown a solid increase over 2019 on a weekly basis, and as of late even better than 2018.

Prices for golden delicious during 2020 have been very steady, he said. Compared to the previous years, when there was a high-low pattern, this year the high price has been at $28 per case since late March. This could be the impact of good performance of the market after the initial jolt of the pandemic effect.

The same as the Golden delicious variety, the price here has been steadier than the previous years, Lopez said. Even with very few changes, the price range for 2020 is a little higher than the 2018 and 2019 prices.

The prices in the New York market for golden apples have been up and down, but much less so than the previous years, Lopez said. The range of price variation is smaller this year, while maintaining a higher average price.

RETAIL PRICE IN THE NORTHEAST REGION FOR 2020, BY POUND

The retail price is on average lower than in previous years, which makes sense with higher volume, Lopez said. This could also be the reason why the market is growing this year. It also seems that the industry is reducing margins to increase the market. 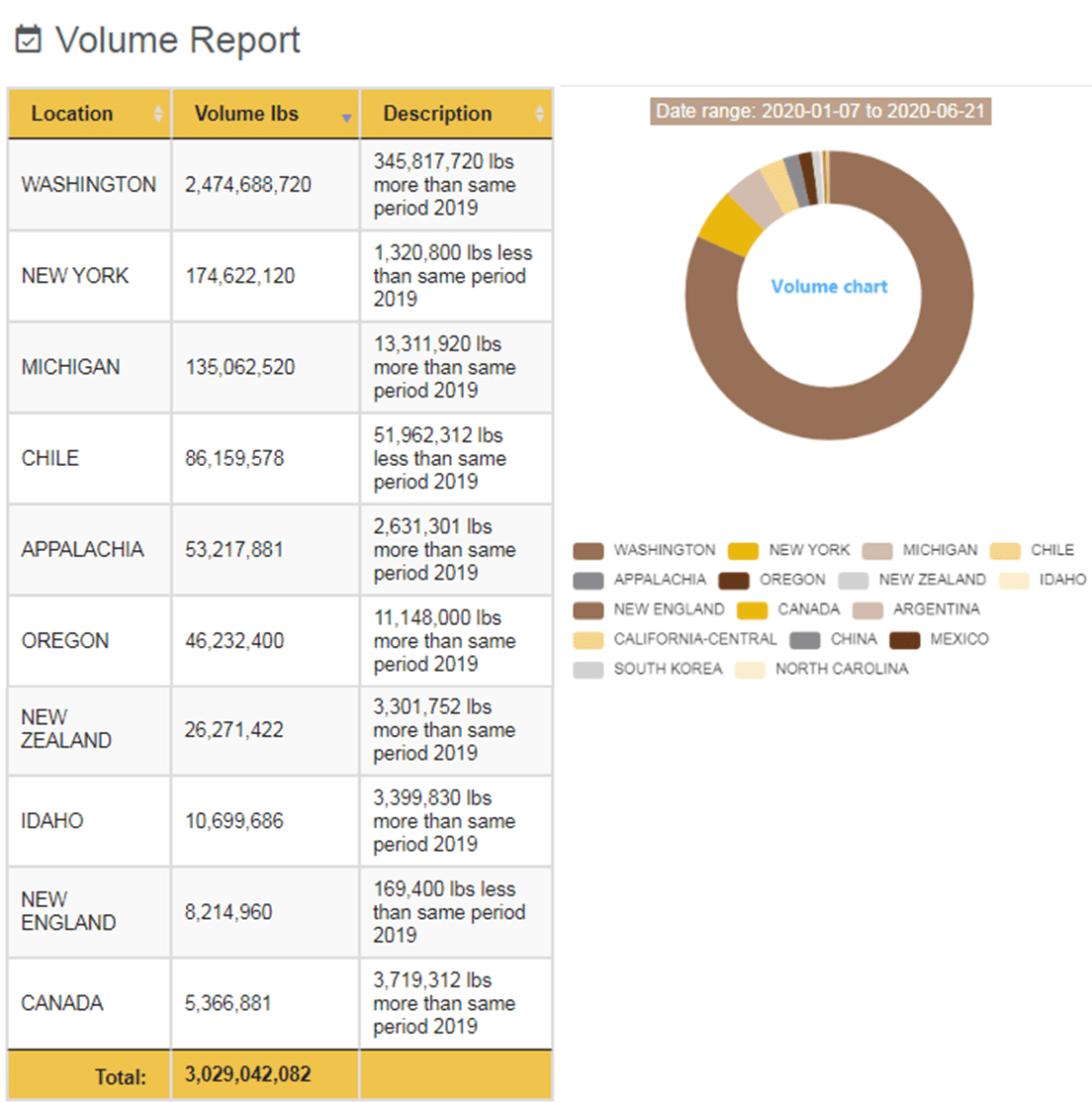 The Washington State region has been the main supplier by far in 2020 representing 81.7 percent of the total volume. This is an increase of 16 percent for 2020 over the prior year. On the other hand, the New York region volume has been steady, Lopez said. Michigan with an increase of more than 10 percent has increased its market share to 4.6 percent, and Chile supplied 37% less than 2019 so far.