Sweet potato volume is at its lowest levels in five years as the 2019-20 crop winds down. 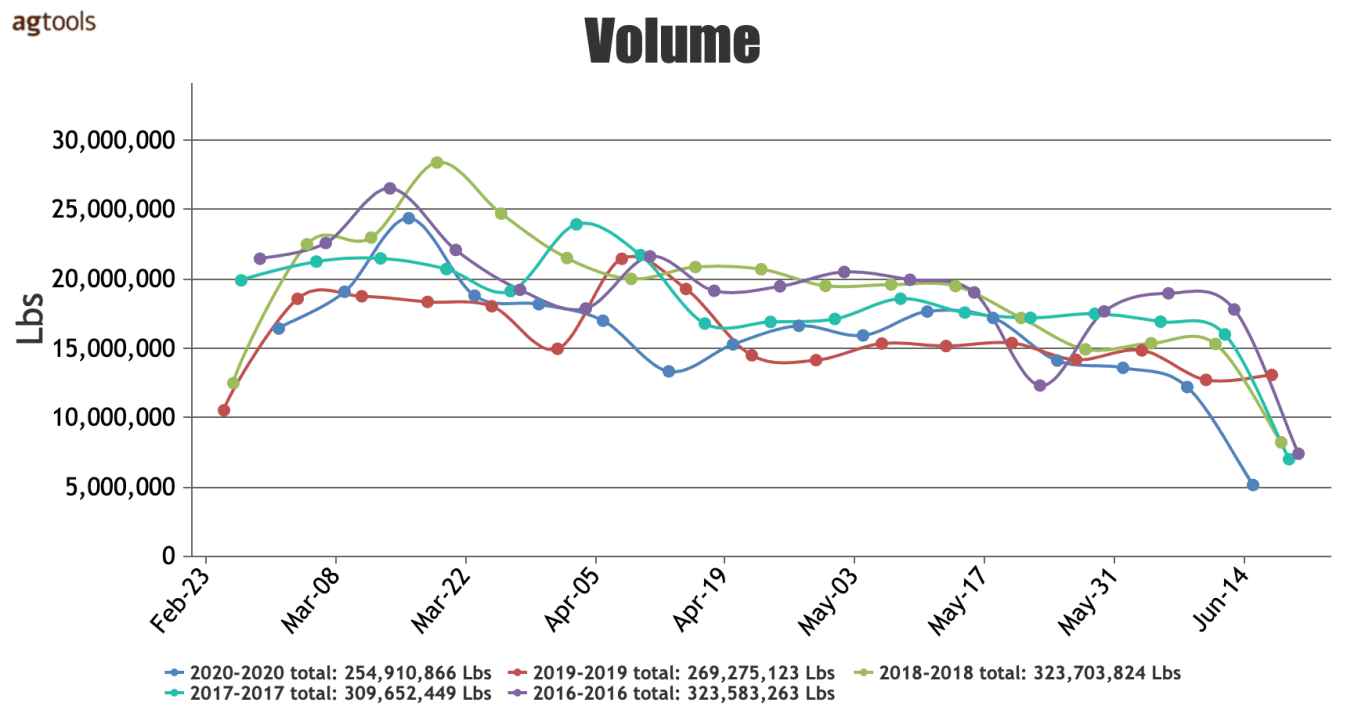 The 2020 season has been the lowest production in this period of time of the last five years, said Paola Ochoa, program manager for Agtools Inc.

This year’s volume represents 95 percent of 2019 and 72 percent of the volume in 2018. The downward trend has been consistent since 2016 and is likely caused by multiple factors.

A deeper dive will be necessary to determine whether supply decreases alone, like the one mentioned below, is the reason behind the decline or if there are ongoing changes in consumption preferences (demand) of this tuber. 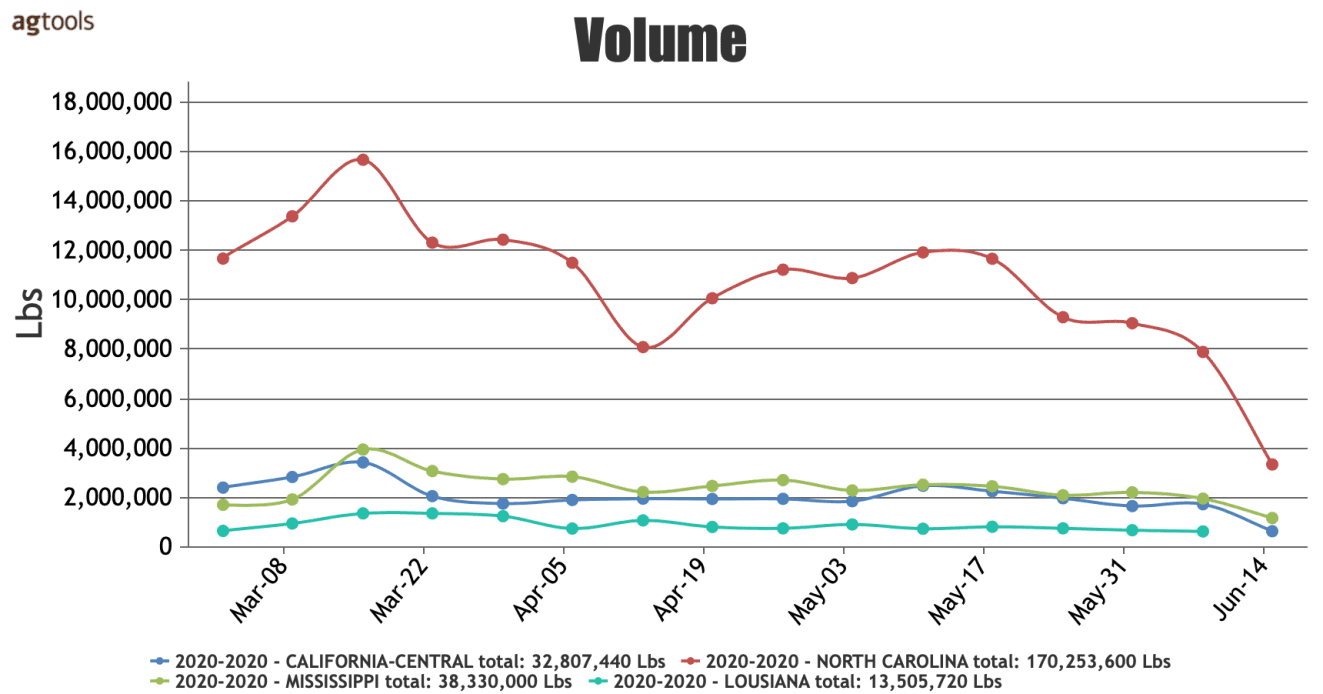 North Carolina controls about two-thirds of U.S. sweet potato production, so a decrease from this area will greatly affect overall supplies. The only region that has recently increased production is Mississippi, Ochoa said.

Prices in North Carolina, the region with the highest production, has been very stable compared to the last two years, and it appears to not have been affected by pandemic, Ochoa said.

Meanwhile, the F.O.B price in California has doubled compared to the prices that were in this same region in 2019 and 2018, Ochoa said. Furthermore, prices in California Central this year are double that of North Carolina this same year.

In the case of the New York terminal market, sweet potatoes originating in North Carolina have had a very stable price, Ochoa said. For most of the analyzed period, pricing ranged at $14-18 through the last week in June, and the only exception was a short period during April.
2020 prices have been below 2019 for almost the entire analyzed period, she said. During 2019, terminal prices spiked during the middle of June to $22, a level not seen before or since for this commodity in the last three years.

VOLUME REPORT BY REGION AND COMPARISION VS PREVIOUS YEAR 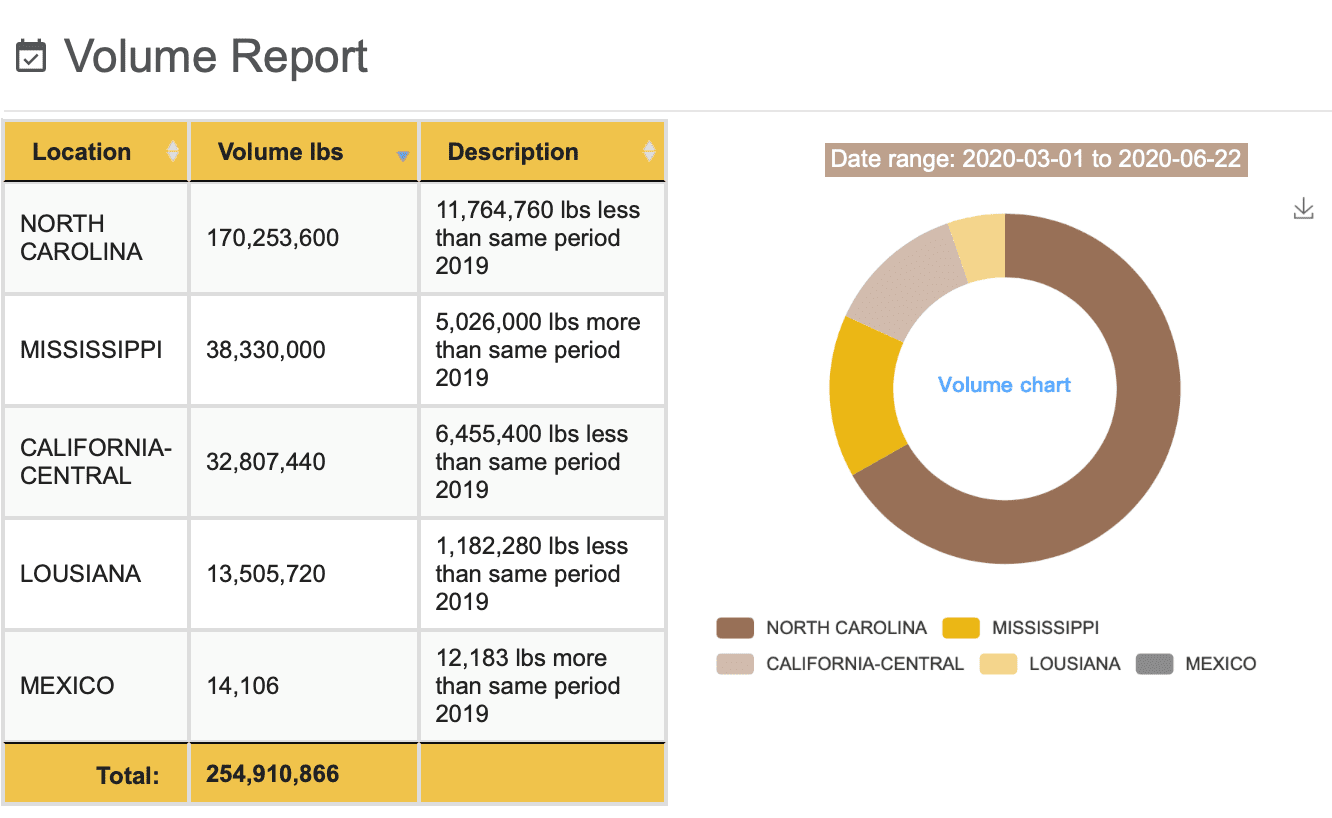 Reviewing the period from March 1st through June 22st, we find a total market volume of 254 million pounds of conventional sweet potatoes, Ochoa said. North Carolina holds 66.8 percent of the volume sold, and the rest of the production is coming mainly from Mississippi, Central California and Louisiana, with 15 percent, 12.8 percent and 5.3 percent respectively.