California cherry growers have finished shipping a large cherry crop that has been met with strong retail demand.

California’s cherry volume this season is about one-third larger than last year and about twice as large as two seasons ago. The last of the fruit was shipped the first week of June, but it will remain in the pipeline as Washington’s season gets going.

Cherry sales at retail has been outstanding posting 79 percent growth the first week of June compared to 2019, according to retail scan data. 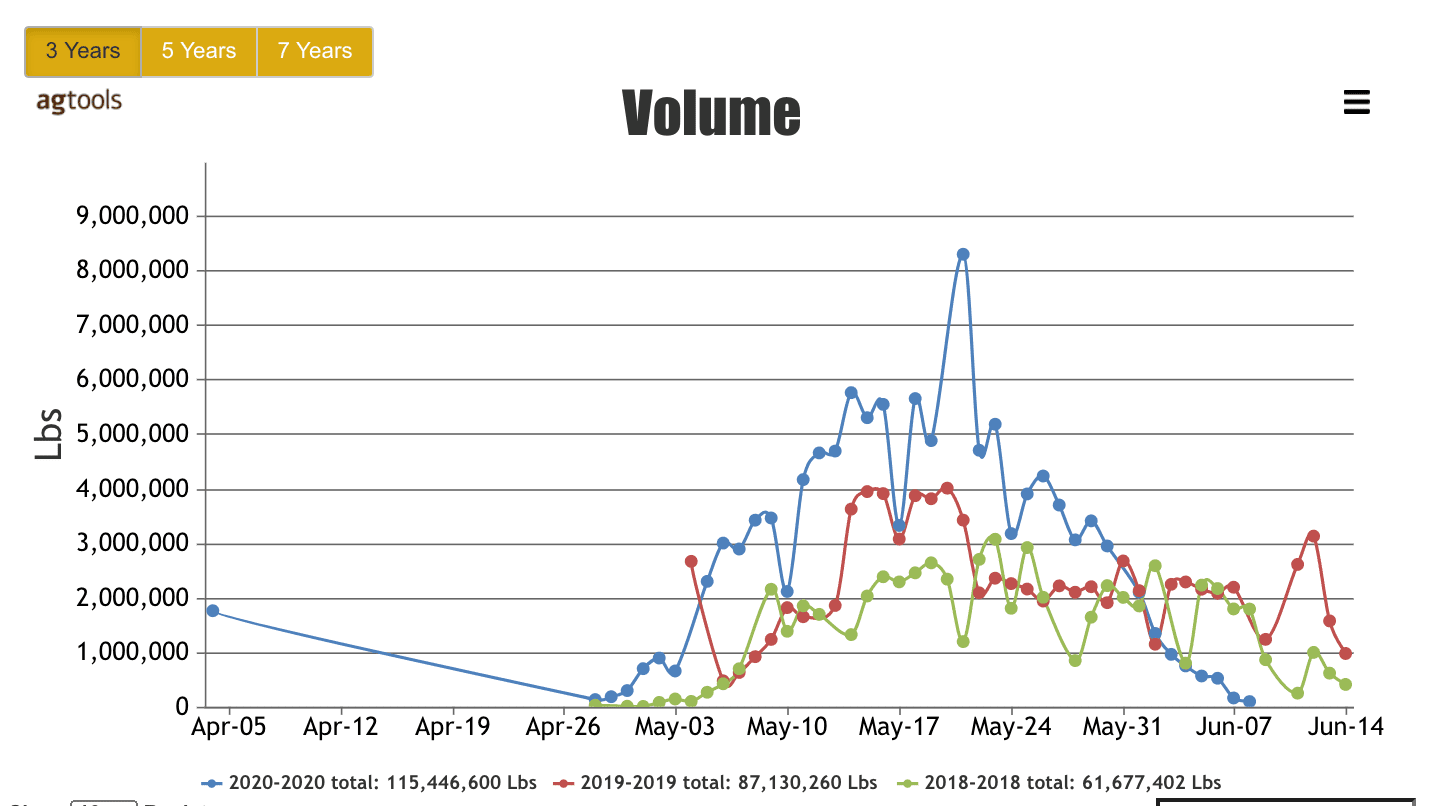 We can see that the volume has increased for the California Central Region from 2018 to 2020, said David Wilson, vice president for grower shippers for Agtools Inc.

In 2018 volume was 61 million pounds vs. 2019 with 87 million pounds, and 2020 with a whopping 115 million pounds. The Cherry category has increased its production each of the last three years in California.

We can see that the F.O.B. price for Cherries has been very constant from $45 to almost $60 for 16 pound cartons bagged 10 row size for May, Wilson said.

We can observe in the red line that prices for 11 1/2 row film bags started in the $50’s, and quickly went down to $30 and have remained constant since middle of May, Wilson said. In the blue 12 row size, pricing remains steady in May at $20. 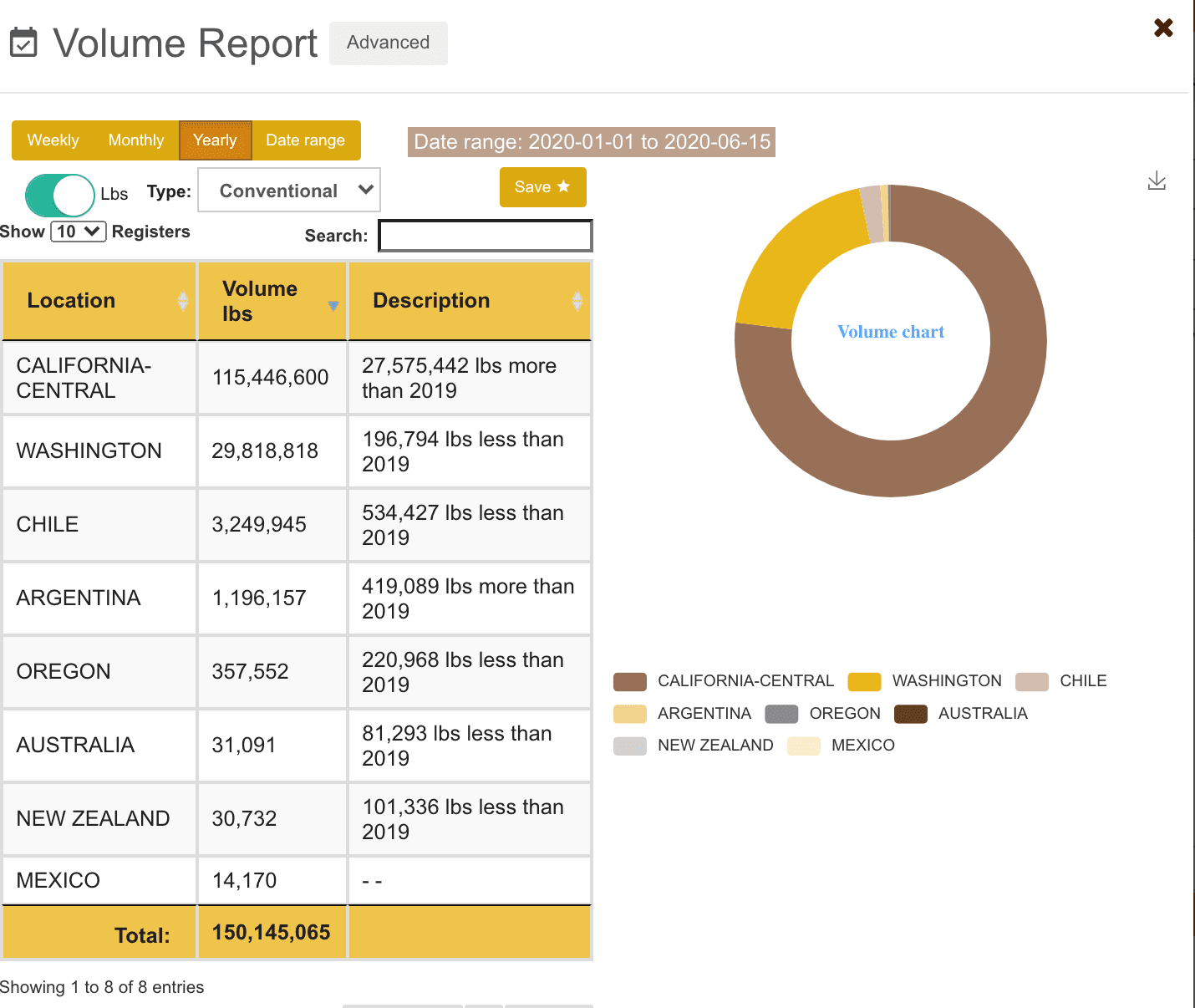