Tomatoes volumes are in a downward trend in June, which is causing prices to be higher than previous years for June.

Agtools analysis shows this is not related to the pandemic, but rather to the normal seasonal shift.

California should begin shipping vine-ripe tomatoes in a few weeks, and Mexican supplies of Roma tomatoes should increase, which will bring some pressure off the market. 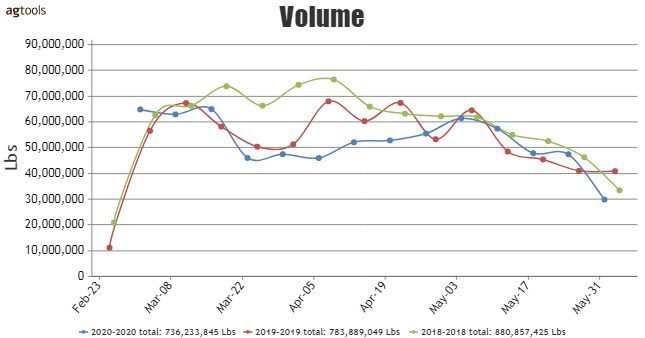 Since the pandemic effect in mid-March, the tomato market showed a slight recovery during April, said Raul Lopez, an agronomist with Agtools Inc.

Since May, supplies have been decreasing. This downward trend seems to be more related to seasonal effect than the lock down, he said, as the two previous years showed the same behavior in March and June. 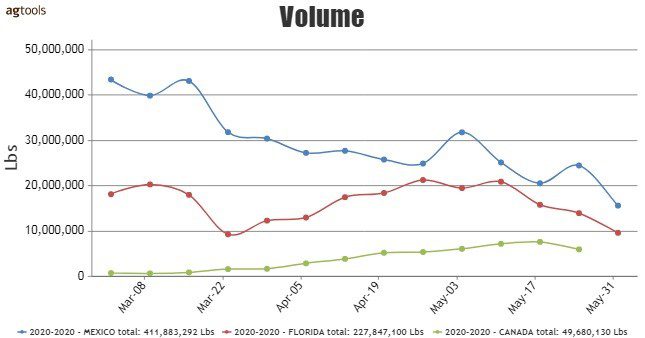 During March through the first week of June, the volume coming from Mexico has been decreasing every week. On the other hand, the Florida volume increased from mid-March through the second week of May, when it started a downward trend. Canada has shown a steady, slight increase every week.

ROUND TOMATOES COMPARED TO ROMAS IN 2019. MONTHLY BASIS

After the pandemic effect in March and early April, the price increased from the third week of April, Lopez said. It then peaked in mid-May and was steady for the rest of the month. Now prices are around $16, a bit higher than 2019 and 2018, when they were in the range of $10.

After the lockdown and emergency buys in March, the price in Chicago for 5×6 tomatoes increased on a sustained basis during April, even higher than 2019 prices, Lopez said. 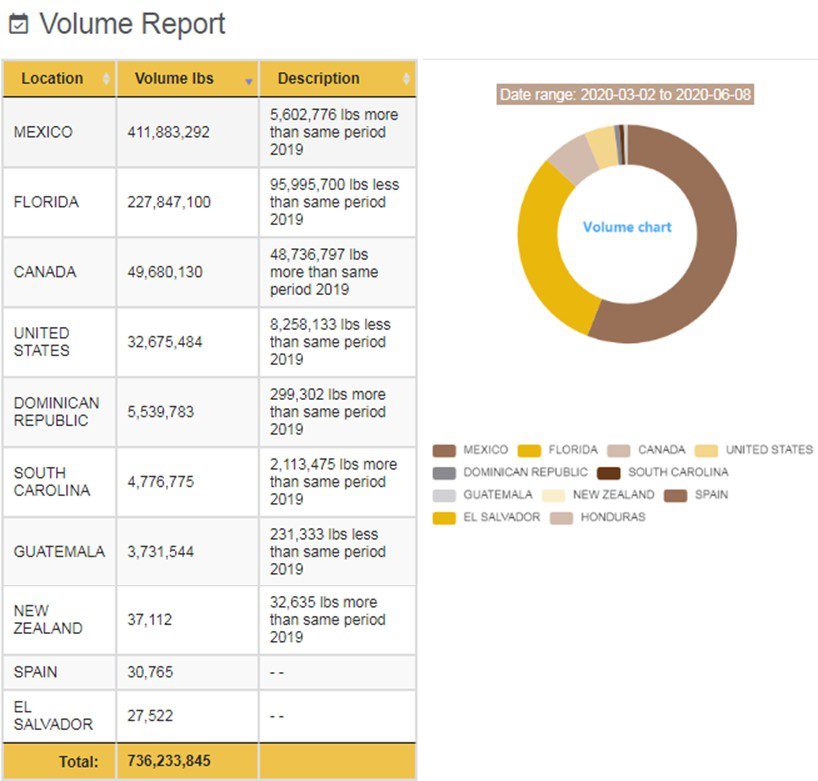 The total volume for the period of March 2nd through June 8th was 736 million pounds. For this period of time, Mexico represented 56 percent of the volume, Florida 31 percent and Canada 7 percent.

Even with the pandemic effect, Mexico showed a marginal increase of volume of 1.3 percent for this time frame, Lopez said.
In contrast, Florida suffered a reduction of 29 percent of the volume compared to 2019. Canada nearly doubled its volume in the time period compared to last year.