Celery volume continues to stay above normal levels, keeping up with consumer demand. 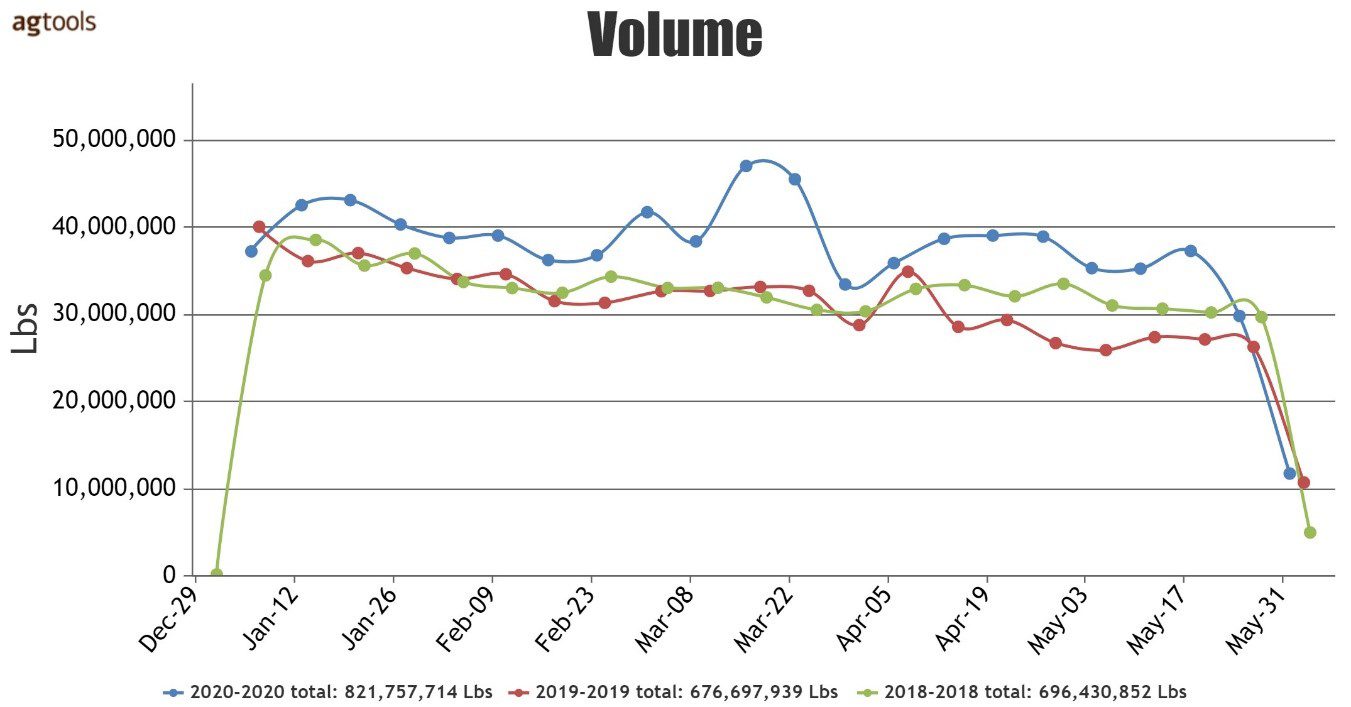 (*Weekly volume -first full week of the year)
Total industry volume for conventional Celery is showing an increase in 2020 for the first five months of the year. After holding a slight increase during January and February over 2018 and 2019, in March a substantial increase materialized during the abnormal buying trends due to the global crisis, said Yolanda Ramirez, VP of Retail Services for Agtools Inc.

After the mid-March peak, the volume appears to stabilize above the volume of the past two years. 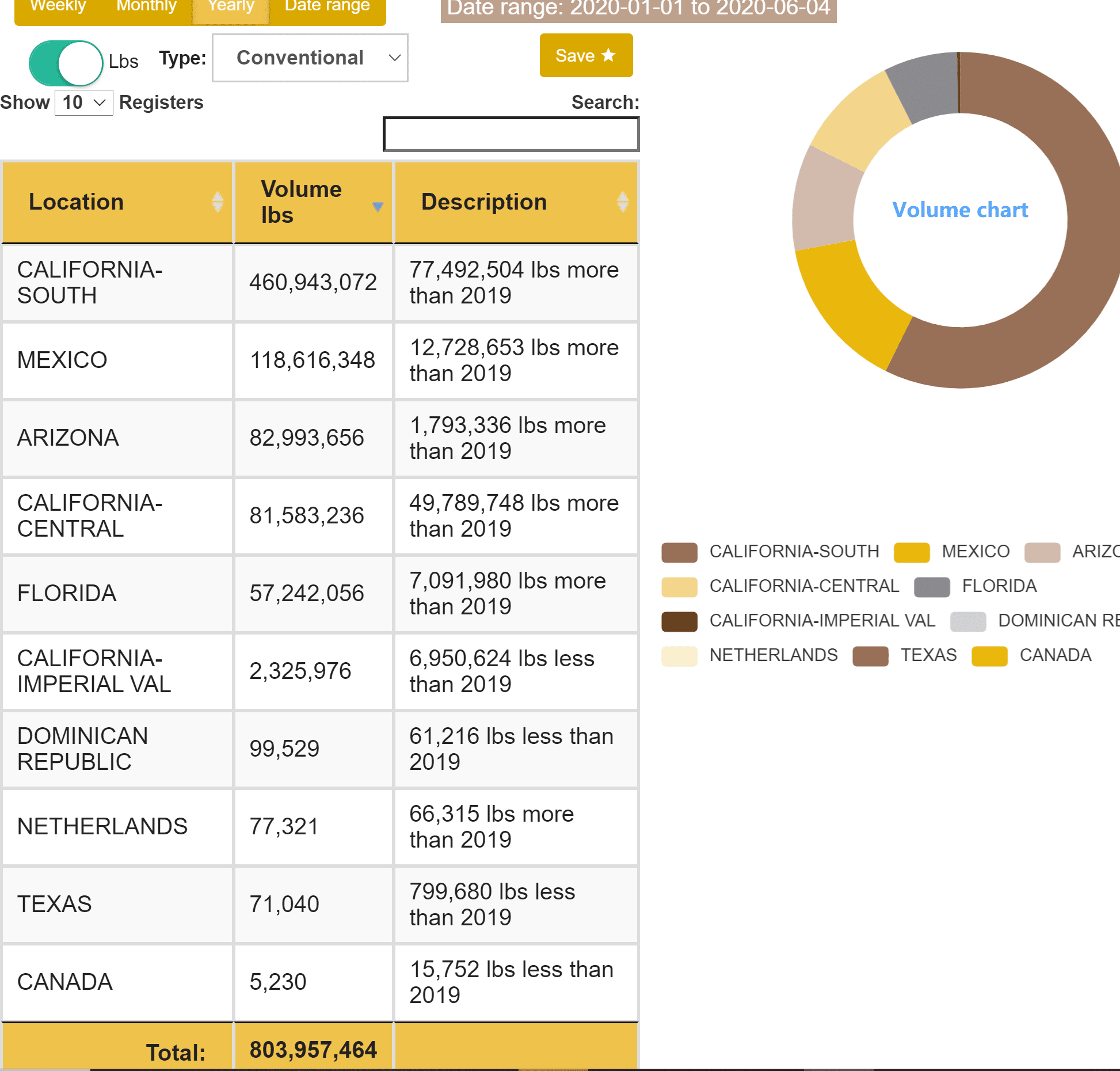 California is by far the largest producer of conventional celery with three growing regions and 67 percent of total production January through May, Agtools shows. Mexico makes up 15 percent of the volume, Arizona 10 percent and Florida 7 percent, making these four regions responsible for 99 percent of the volume.

All four regions also report an increase in volume versus 2019. Southern California increased its volume by 20 percent, with over 77 million more pounds during the same timeframe last year.

2020 Celery prices have not reached those of 2019, which rendered pricing into the low $70’s per case, Ramirez said.

More in line with 2018, this year has experienced a more stable FOB with only a marked increase in March due to the impacted, higher and short-period consumer demand brough about by the crisis. Since the end of March and through April prices have held steady on par with 2018. May pricing has been running slightly higher than 2018 but well below 2019.

2020 New York terminal market prices have been very consistent with 2018, Ramirez said. Clearly below the highly elevated prices of a year ago, pricing is much more stable closer to low $20’s for the majority of the year, thus far.

Only in mid-March did pricing experience an increase, which correlates with the global crisis higher demand. Shortly after the peak the market stabilized to its “pre-peak” levels and settled through May.

Celery production historically is greater than Cauliflower, Broccoli and Cabbage production. 2020 shows no difference in production patterns with Celery showing more volume over the other three commodities for the first part of the year.