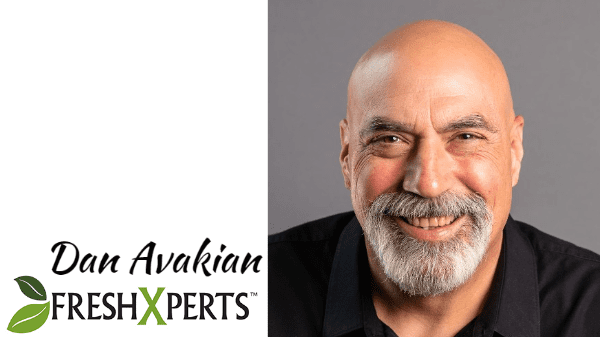 FreshXperts BB #:261158 is excited to announce the addition of Dan Avakian, aka “Dan the Produce Man”, to the FreshXperts team.

Dan Avakian is a Produce Industry Consultant and Media Promotor based in the San Francisco Bay area.

Dan has enjoyed over four decades in many facets of the fresh produce industry starting out at an open-air market in 1976.

Since that time, he has worked on several projects for many produce and grocery companies and owned his own award-winning produce market in his hometown of Alameda California.

He has also enjoyed an extensive career in broadcasting and has put the two together to promote fresh produce on radio, television, and the internet. Dan’s mission is to help make top quality produce a major part of Americans diets.

“I have known Dan for the past 12 years. He has an unending knowledge of every fruit and vegetable growing. Dan’s experience and expertise is in “selling produce” in the trenches. He has a wealth of talent in the video media field explaining and teaching about individual produce items. Dan will be a tremendous value for our FreshXperts team as well as for the industry,” said Ron Pelger.