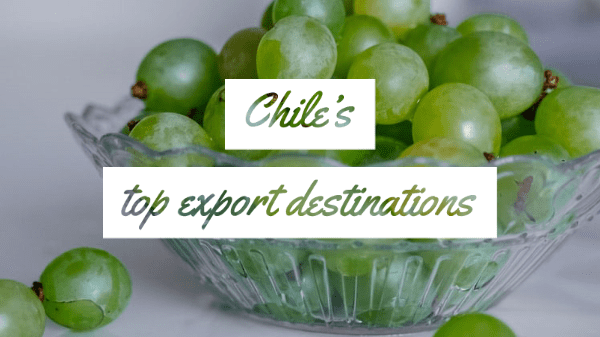 According to the Association of Chilean Fruit Exporters {{BB #:156234}} (ASOEX), the U.S. and China are the top two destinations for Chilean table grapes.

The main European fruit and vegetable hub, the Netherlands, received shipments totaling 31,323 tons, an increase of 28 percent. Shipments to England and Russia amounted to 26,69 tons and 11,238 tons, respectively. With England showing an increase of 8 percent and Russia 3 percent.

This harvest’s totals had been smaller than the previous season’s due to a smaller number of hectares planted due to water shortage and high summer temperatures affecting the development of the fruit, as reported by ASOEX.