Overall volume has been higher than previous years, but prices have remained strong, with terminal market prices higher than the past two years. 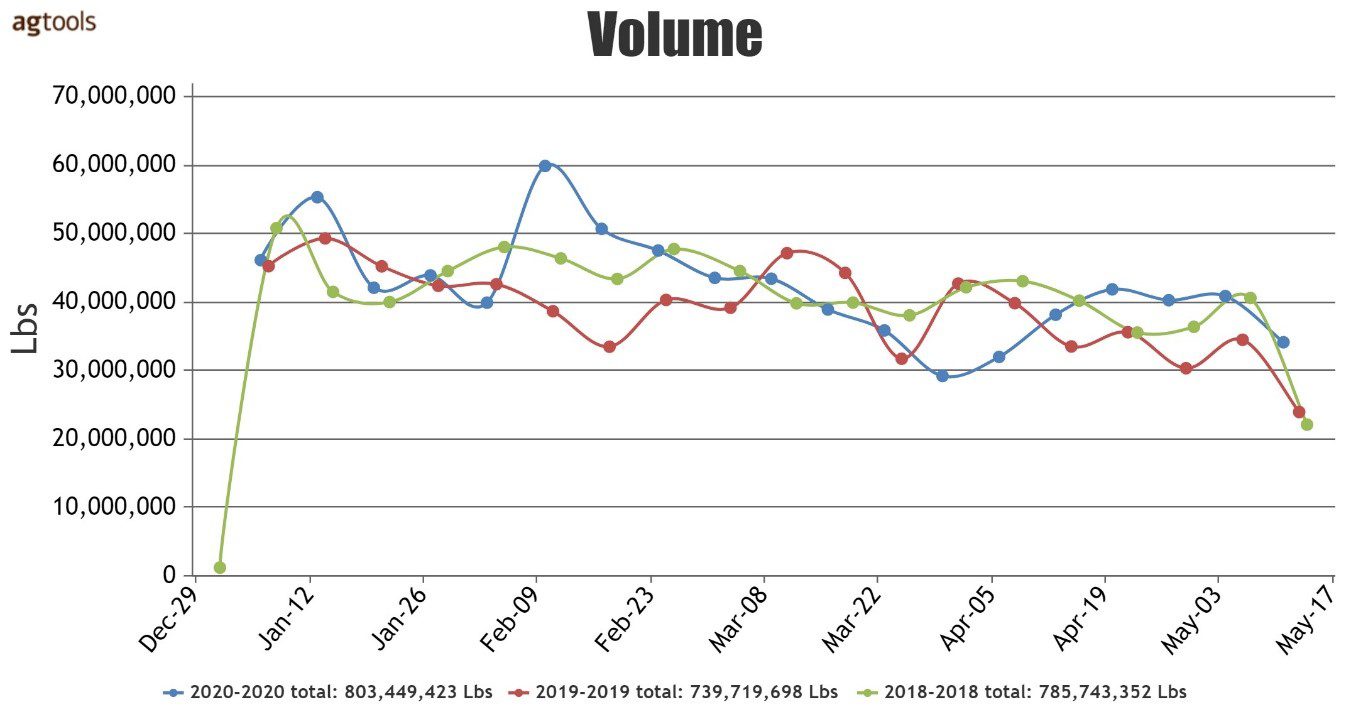 Total industry volume for conventional bell peppers is higher than both 2019 and 2018. Volume began the year slightly higher than the two previous years and peaked considerably higher at the beginning of February, said Martha Montoya, CEO of Agtools Inc.

By March, the volume for 2020 was slightly lower than 2019 and similar to 2018. However, by the end of March, this year reported less volume than both the previous years. In April volume began to climb and currently is showing higher volume than both 2018/2019.

Bell Pepper pricing, particularly for retail sales, has remained relatively high, mostly above $20 for the past couple of months. There is a slight dip in pricing correlating with the pandemic in March, Montoya said. Retail grade XL bell peppers (place pack) rebounded beginning in April.

Coachella Valley California XL bell peppers in early May 2020 had enjoyed higher pricing than the two previous years and has remained consistently between $25-29 for the majority of May (mostly used in retail).

With Mexican production all but over, prices should remain strong until peak production in the Central Valley begins in June, she said.

Medium bell peppers in March experienced their peak in pricing with the panic buying created by the global crisis. However, as a medium sized bell pepper is widely used in foodservice, there was a substantial dip in FOB prices starting the 3rd week in March and remaining below $10 until early April, Montoya said. New crop from Coachella Valley starting early April has seen a nice recovery and stronger FOB pricing.

Los Angeles Terminal Market pricing for May 2020 is substantially higher than the past two years, Montoya said. 2018 enjoyed prices in the $30s for a few days in May, but 2020 is showing higher, more constant pricing for the majority of the month, holding strong in the mid-$30s. 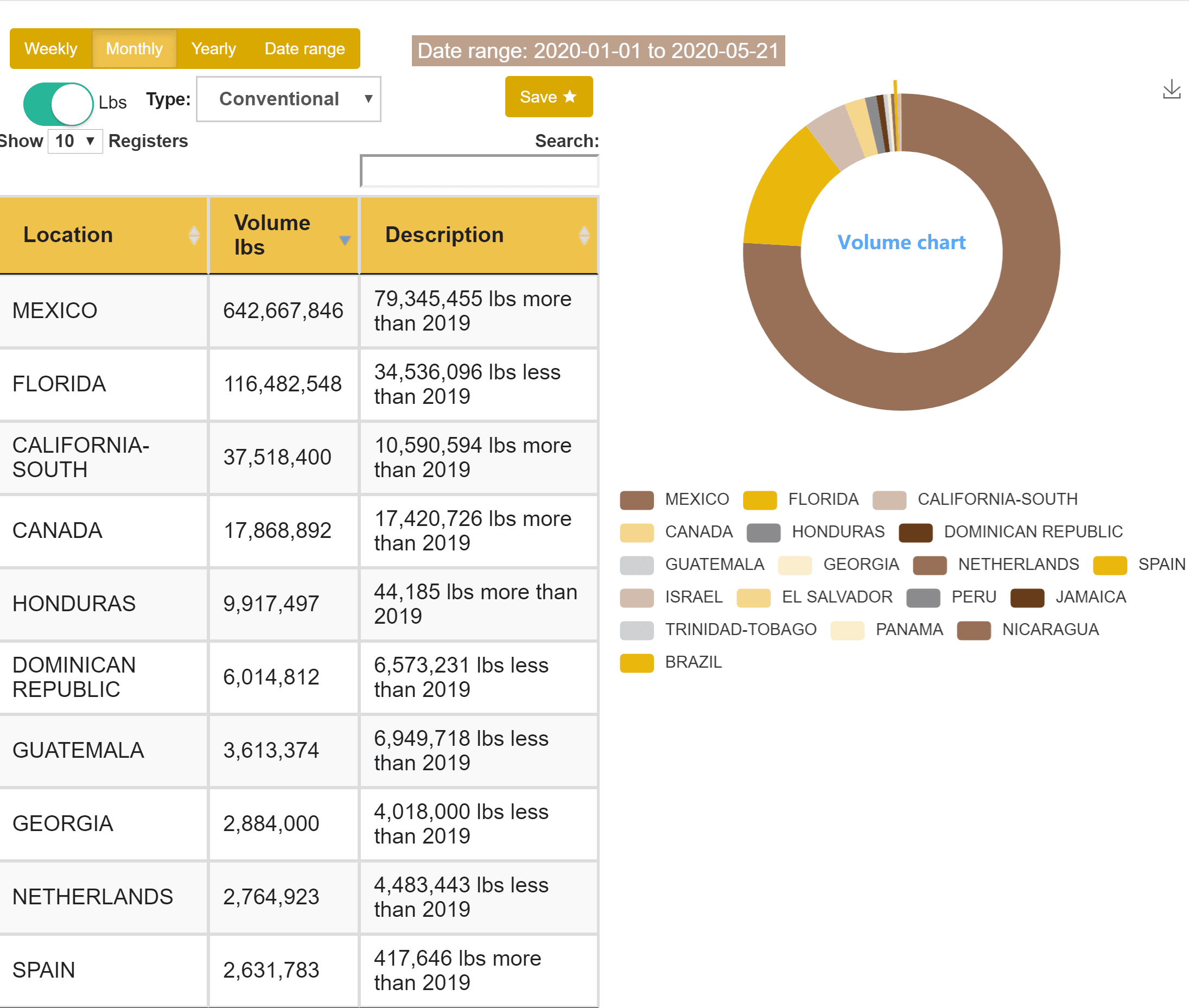 Three main regions represent 94 percent of the total volume: Mexico (76 percent), Florida (14 percent), California-South (4 percent).
Mexico is by far the largest producing area during the first five months of the year and the largest producer in general throughout the year.