Watermelons are plentiful from Mexico, and Florida and Texas have just started the domestic season, which lasts past the end of summer.

Prices seem steady in late May, but the combination of strong supplies and lack of robust foodservice and institutional demand could cause an oversupply problem. 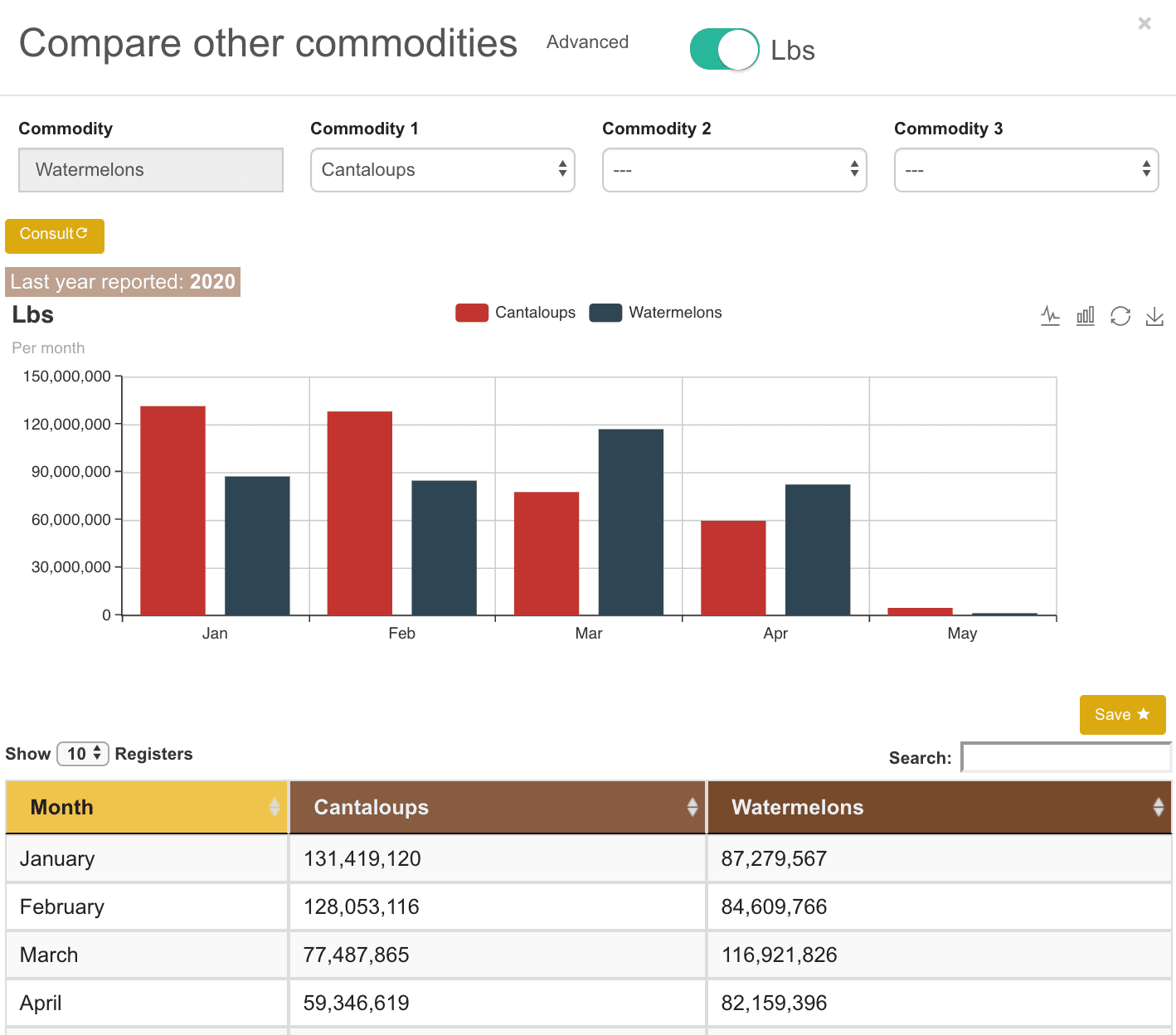 We can observe in the graph that watermelons had far less volume in January and February by a difference of 40 million pounds vs. cantaloupes, but a different story appears in March and April, said Martha Montoya, CEO of Agtools Inc.

Watermelons rebounded in volume far exceeding that of cantaloupes by 40 percent and 23 percent in March and April, respectively.

In the graph we observe that the prices that Mexico enjoyed from January to March 22nd were above $200 per bin, Montoya said. Then Mexico prices fell and Florida entered with steady prices higher than Mexico at $150 per bin. 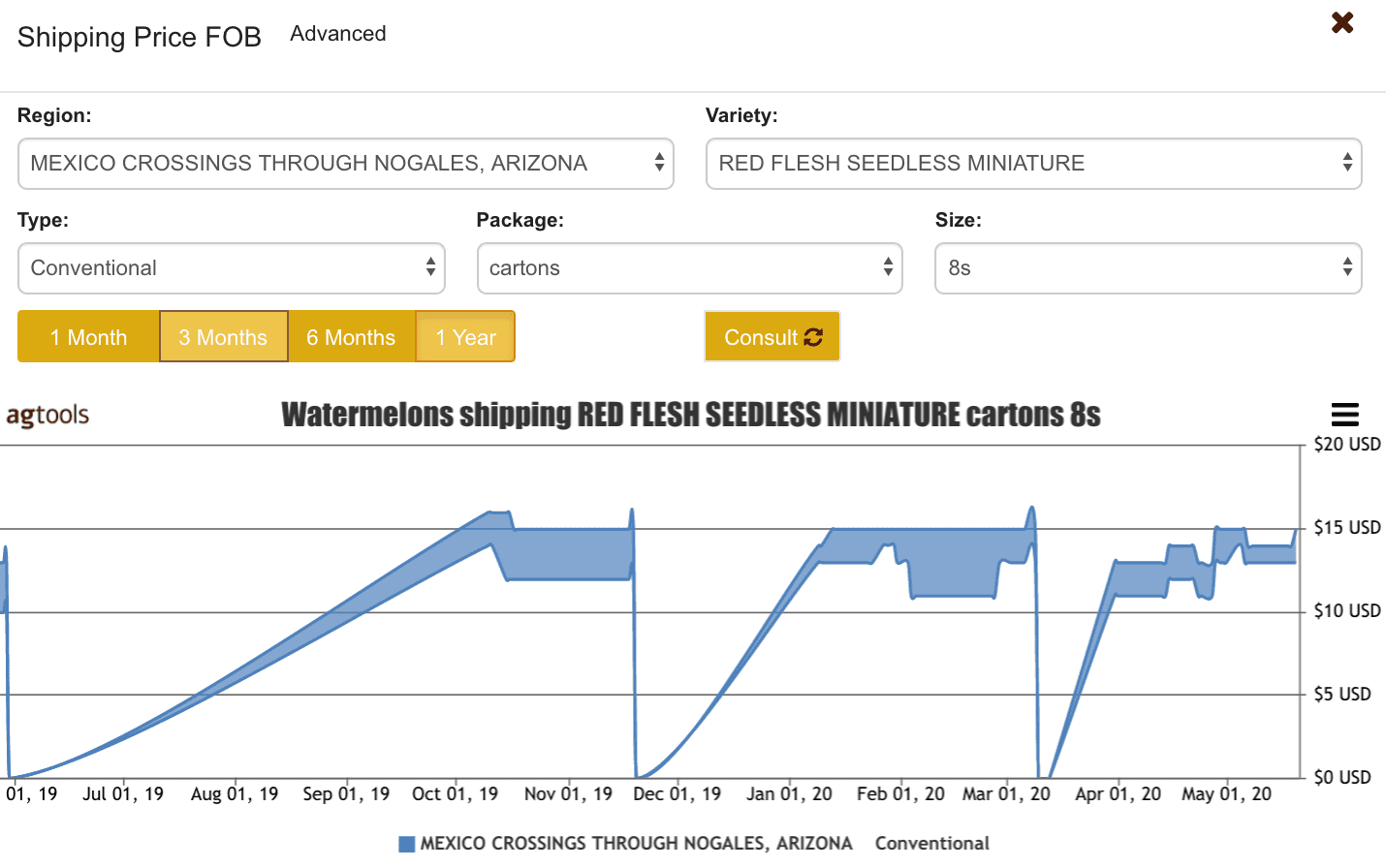 We can observe in the graph the FOB shipping prices of Red Flesh Seedless Miniature 8’s watermelons crossing through Nogales, AZ, has been steady between $10-15, Montoya said. 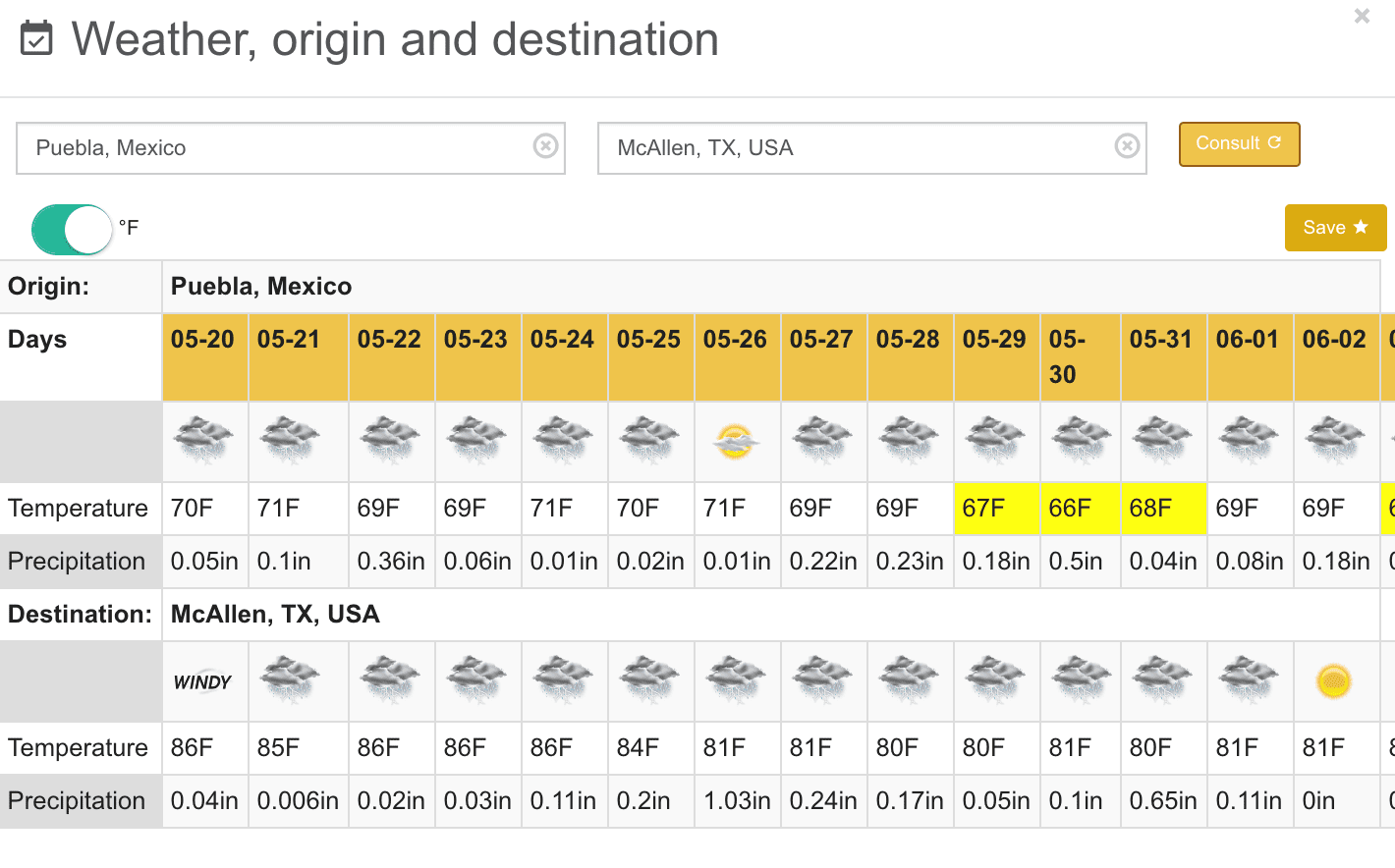 We can see that watermelons being harvested in Puebla, Mexico, for the next 15 days have a favorable trend and also shipped to a favorable weather destination in McAllen, TX, Montoya said.

Watermelon Volume Report for 2020 compared to 2019 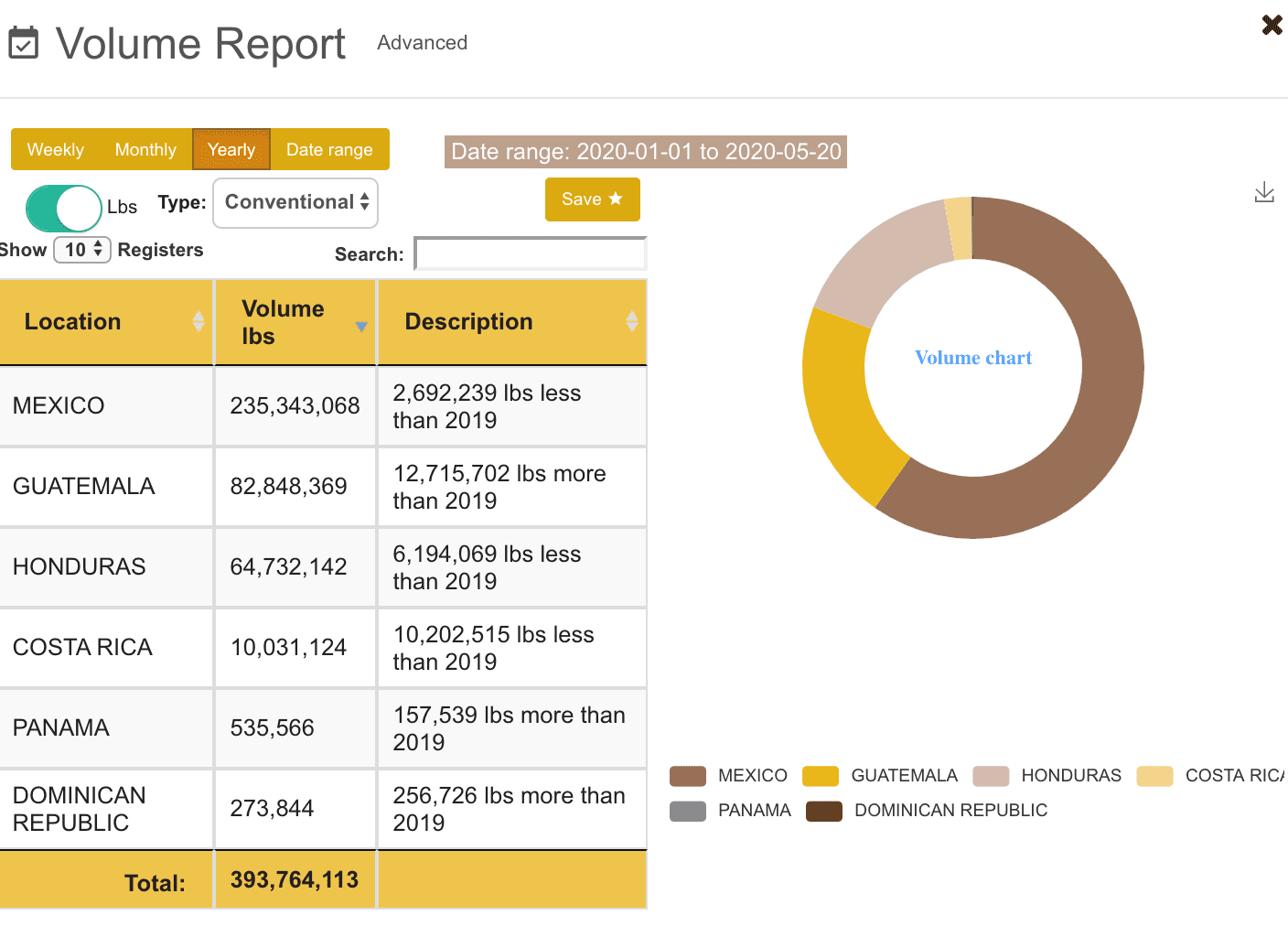 In the table we have a volume report for Watermelons for 2020 so far, Montoya said. Note that the vital watermelon supplying states of Florida and Texas have begun shipping product this week.

That data will substantially increase volume going into the summer. Year to date the largest supplier is Mexico with 253 million pounds followed by Guatemala a far second and Honduras in third. Mexico has done 2.6 million pounds fewer in 2020 vs 2019. Guatemala has far exceeded its 2019 volume by bringing in 12.7 million pounds more into the USA.