Aside from a slight volume and price blip in mid-March when lockdown orders began, mushrooms have enjoyed a strong 2020 at retail.

MUSHROOMS: 3 YEAR COMPARISON OF VOLUME, Period January to May: 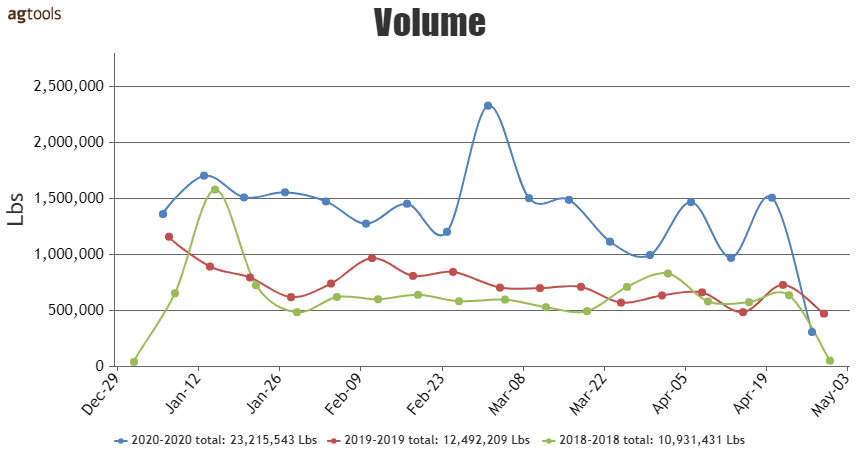 Comparing January through April in 2019 to 2020, the import of Mushrooms has doubled, said Charley Harrison, CFO of Agtools Inc.

We have seen a jump from 12 million pounds in 2019 to 23 million pounds this year, he said. This could be due to mushrooms being emphasized as part of healthy diet. The same four month periods in 2018 and 2019 resulted in a smaller increase of 14 percent.

MUSHROOMS: RETAIL COMPARISON, WHITE, Period of January to May 2020:

On the retail side, tracking the most popular variety white mushrooms for the last five months, we see that pricing has remained relatively steady through the three categories above of 1 pound, 8 ounce and 6 ounce packaging, Harrison said. An exception was the decrease in the 6 ounce packaging price the first week in March from $3 per package to $1 per package, likely due to the health pandemic disrupting the market.

Agtools reviewed the price category of mushrooms imported from Canada arriving at the Los Angeles terminal, over the past 60 days and again see stability in pricing for this period in 2020, and higher pricing than the past two years.

MUSHROOMS: IMPORT VOLUME BY COUNTRY, January to May, 2020 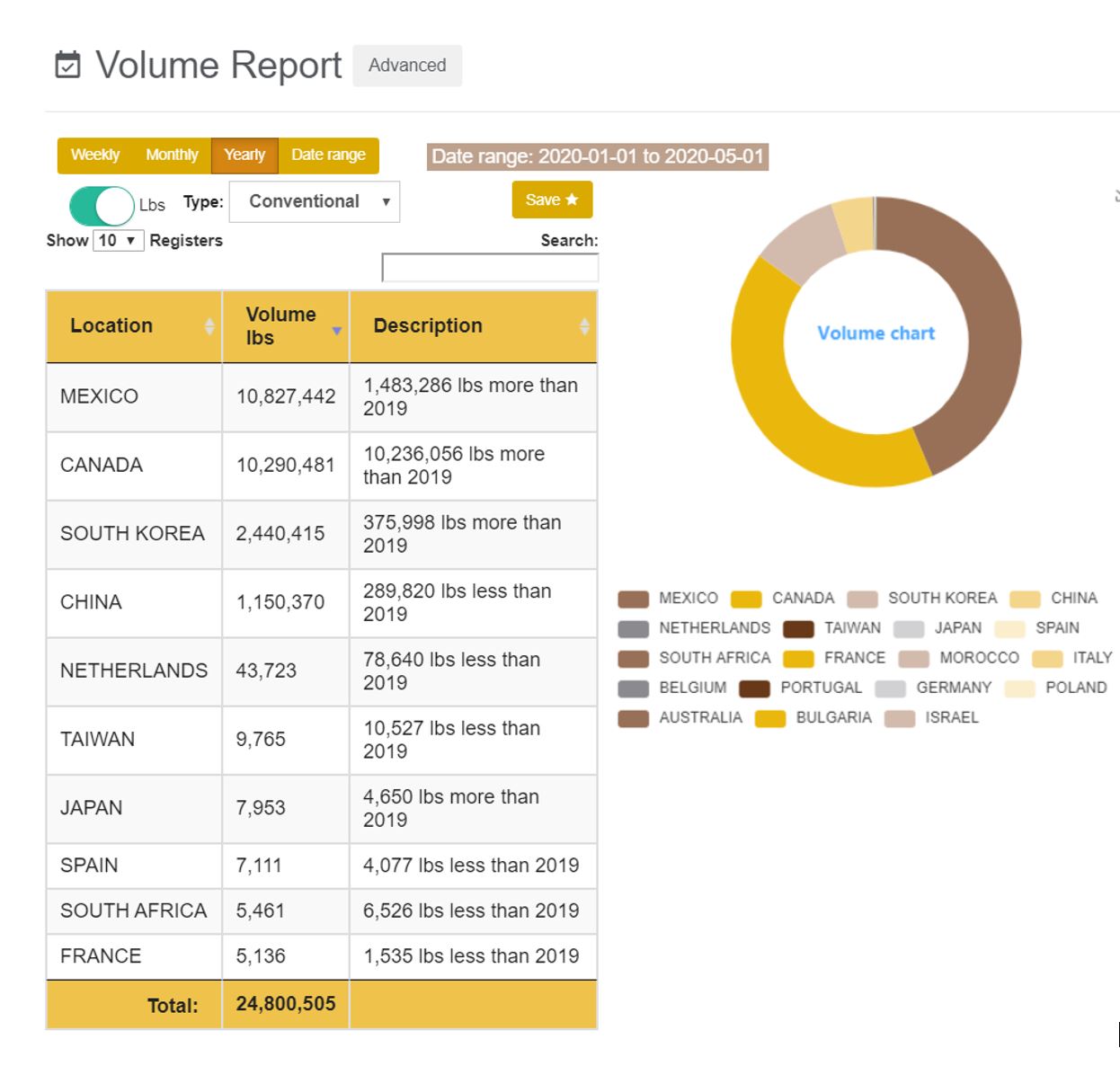 Our neighboring countries of Mexico and Canada make up more than 85 percent of the imports of mushrooms into the USA in 2020, Harrison said. There was a particularly significant increase in volume from Canada in these first four months of the year. Part of the reason for the upswing in imports from Canada is due to their new farmworker immigration policy allowing 2,750 new direct farmworkers each year beginning this year of 2020 and ending in 2021. Other large exporters of mushrooms to the USA include South Korea and China.