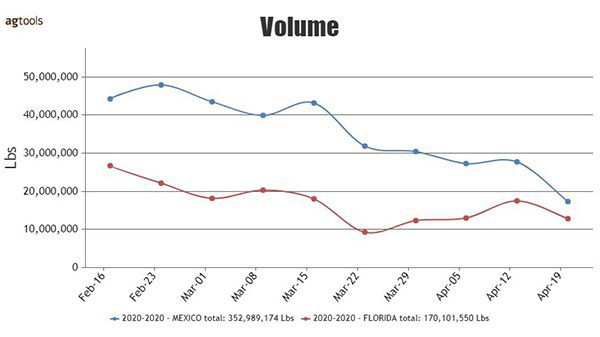 Tomato prices are on the rise as spring volumes are well below average.

F.O.B.s from Mexico have doubled in the past several weeks.

Shipments from both Mexico and Florida dropped sharply in mid-March, as many restaurants were closed due to the pandemic, and now Mexico’s winter season is ending. Florida’s tomato crop has struggled this season, but higher volume may be on the way.

F.O.B. prices in Nogales, AZ, were high in the middle of February but then dropped from over $30 to an average of $15 in early March, said Raúl López, an agronomist at Agtools.

Pricing stayed low until mid-April when it showed an increase of $10 per case to reach $20 per case. It looks like the upward trend will continue, he said. 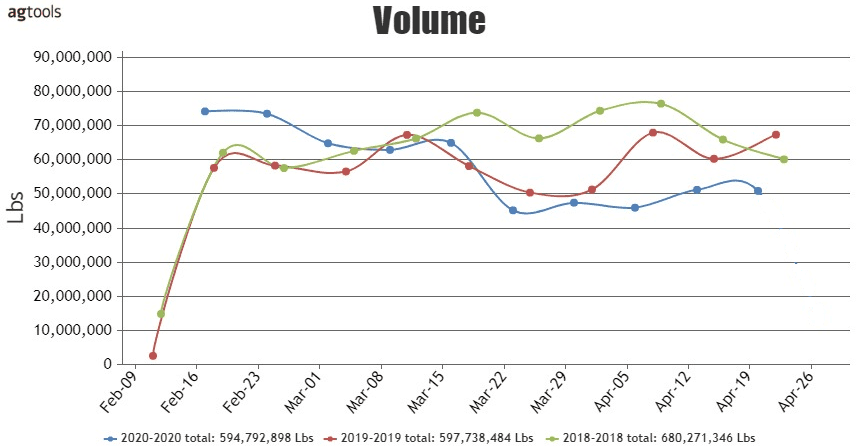 Volume took a sharp drop in mid-March and has stayed at lower levels since. 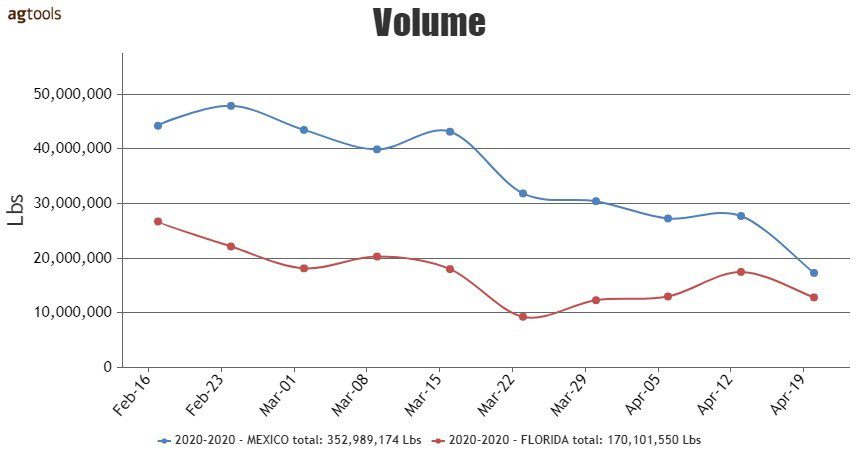 Since the middle of February supply came mostly from Mexico with 62 percent and Florida with 30 percent for a total of 92 percent of all tomatoes in the United States.

The downward volume trend is more pronounced for Mexico, but the region remains the major source product. Florida volume has been mostly steady in April.

The tomato volume for the period of February 17th through April 26th is coming from different regions, with two supplying regions accounting for 92 percent of the volume. Canada production has grown the most in relative terms as it is the fourth highest sourcing region. 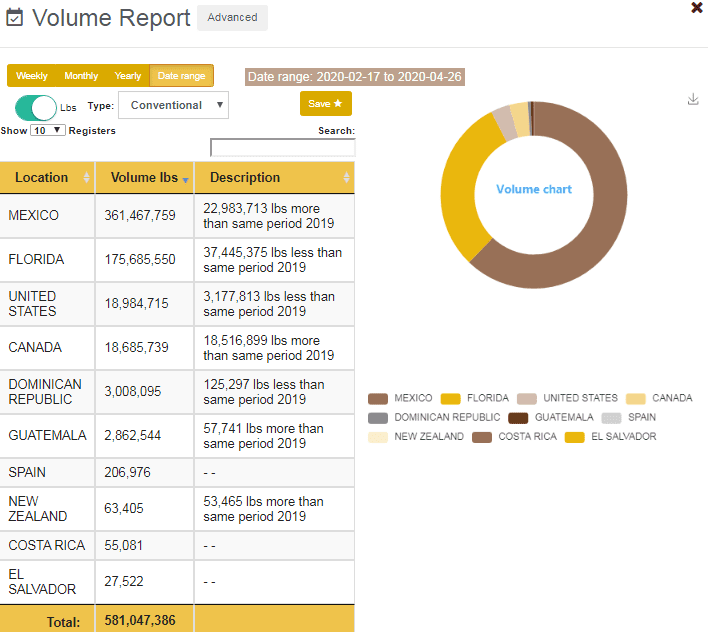