With Mother’s Day less than two weeks away, strawberry volume looks to stabilize from California, while prices remain low but in a normal range. 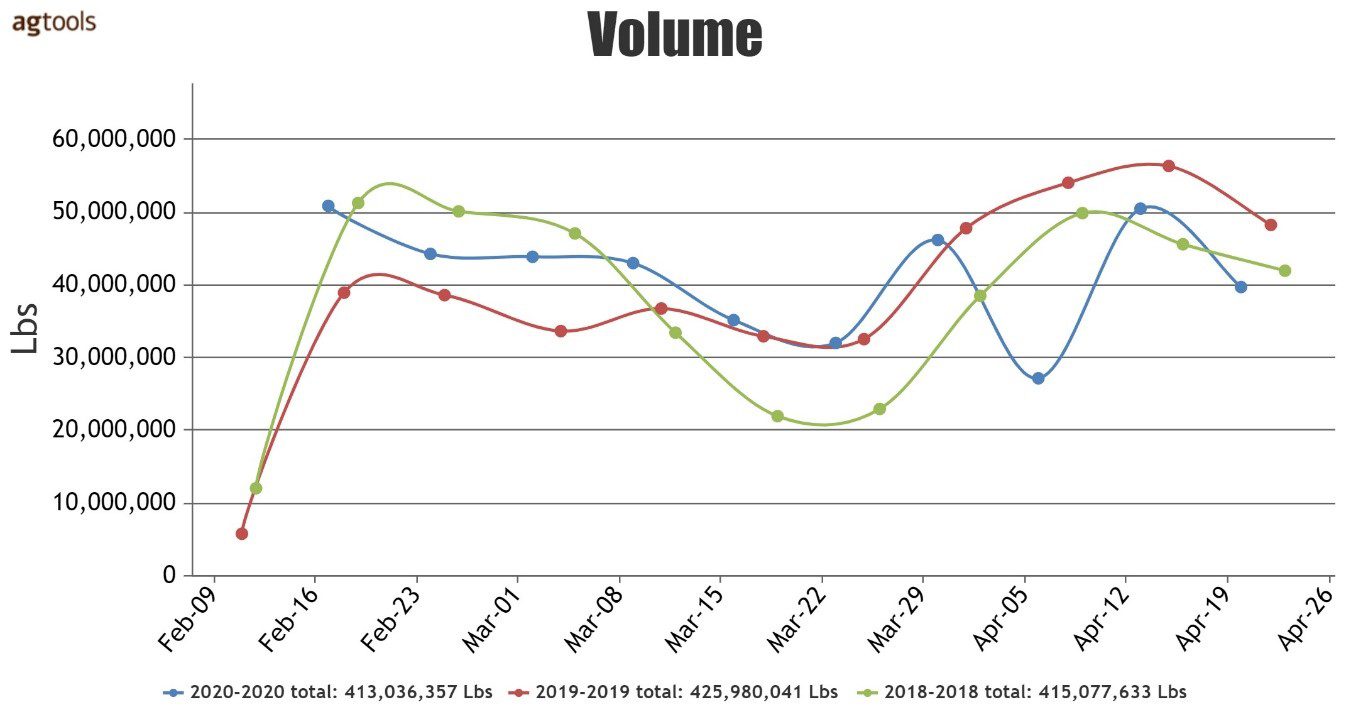 This year sees more volatility in March and April, perhaps due to weather events in California and pandemic lock-downs. As the Mother’s Day pull begins along with the heat wave in California, the expectation may be an increase in both volume and demand, she said. 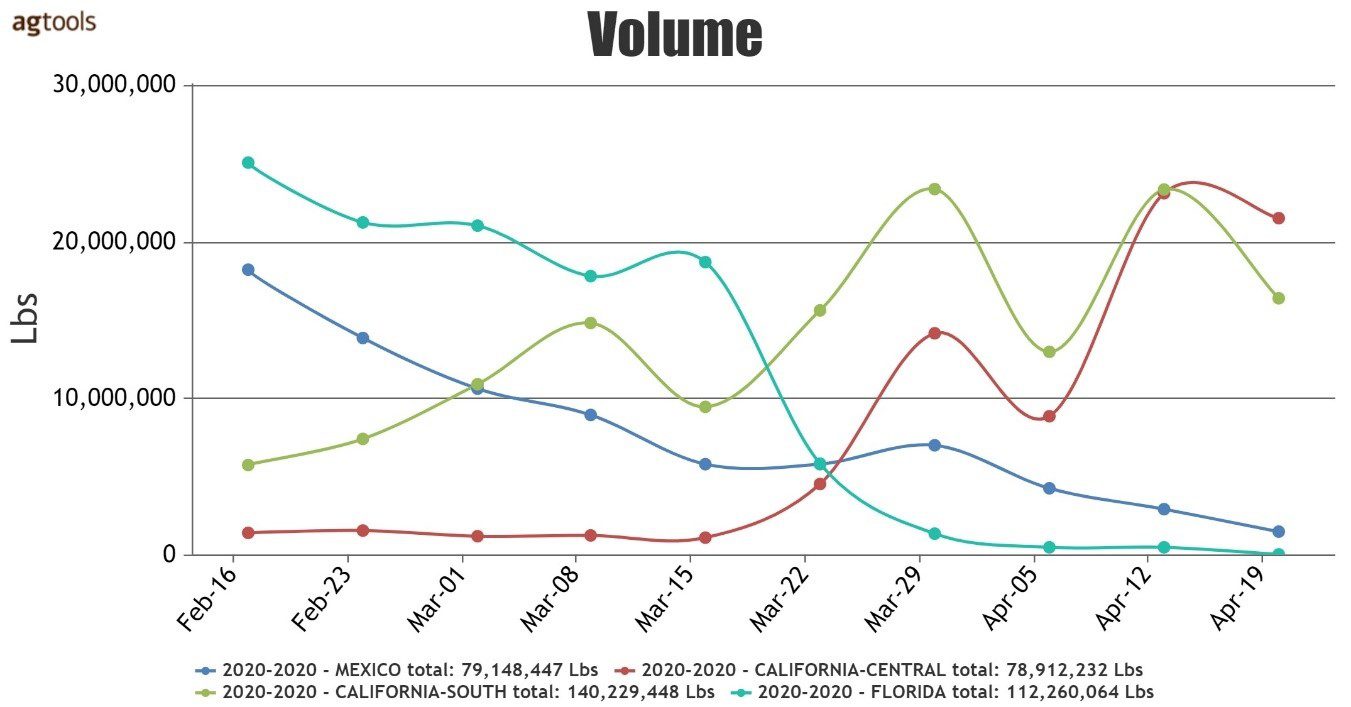 As is clear in the chart, California becomes the main source of strawberries the week of March 22nd with two growing regions, Ramirez said. The volume from California has seen some weather events impacting consistent supply in early April. California-South indicates a downward turn approaching the end of the month indicative of the natural transition from this region to the California – Central regions.

Florida and Mexico having been the main source of volume thru February show the natural end of season downward trend in March and coming to an end mid-April.

However, this year by the end of March there was a significant drop in pricing, well below the past two years.

This drop may be the affect of the global crises. Mid-April has experienced a more stable market and pricing similar to the 2018 and 2019, and the end of the month is indicating a stronger market than last year, with the build up to Mother’s Day.

The Chicago terminal market is reflective of the volatility in strawberries and in particular this year with the global crisis, Ramirez said. Pricing has seen an up and down trend as the market responds to weather events in grower regions, national holidays, decreased outlets and uncertainty in consumer buying patterns.