After a mid-March stock-up spike, sweet potato volume has been steadily decreasing along with demand. Prices, however, have been steady the last few months. 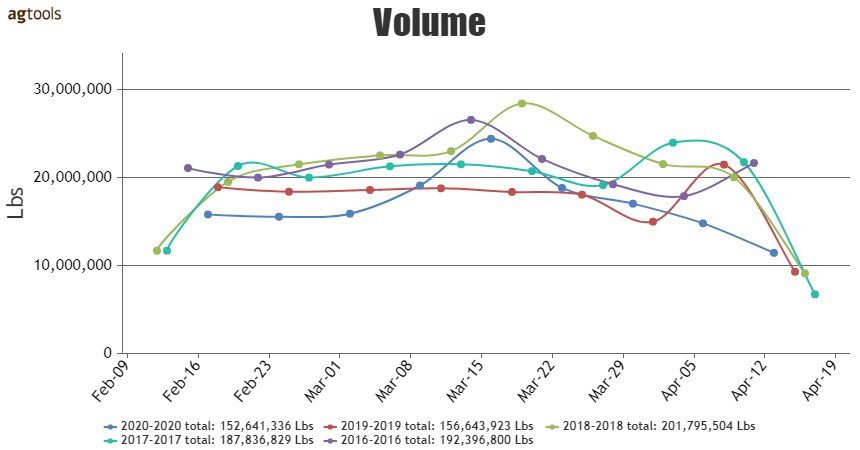 This year’s total sweet potato volume, from mid-February through April, behaved similar to that of 2019, but it was the lowest for the last 5 years, said Raúl López, an agronomist at Agtools.

While the week 12 peak in 2020 could be related to unusual consumption triggered by the shelter-in-place orders, similar peaks occurred during the same period in 2018 and 2016.

Lopez said in late March and early April there was a downward trend related to poor demand compared to the previous years, and it looks like the trend will continue into the following week. 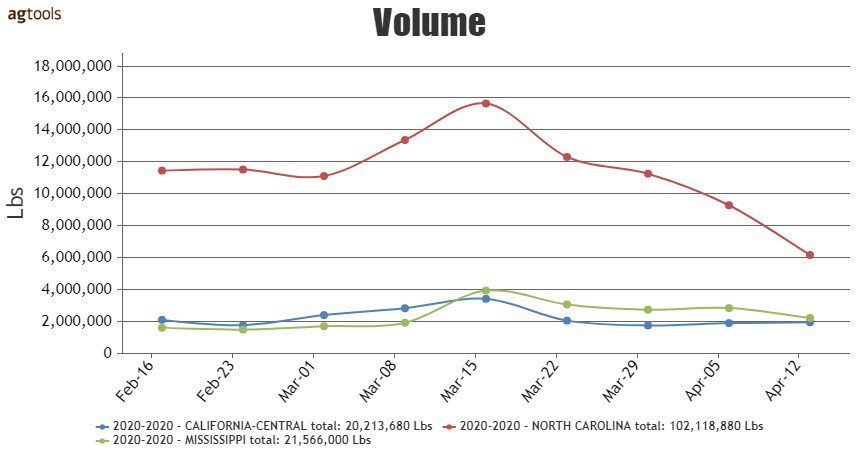 The volume for this time frame is from three main regions: North Carolina – 67 percent, Mississippi – 14 percent and Central California – 13 percent, and together they supplied over 94 percent of total volume.

Sweet potatoes can be stored for relatively longer periods when compared to other commodities, so their volume and pricing tend to be more resilient than other more perishable commodities when faced with lack of demand, Lopez said.

The F.O.B. prices in the main region have been very steady, except for the California which showed a small increase in the first week of March, but then became steady again, Lopez said.

Since this product can be stored longer than others, we don´t observe downward pressure on the sale price as happens with other commodities, he said.

Similar to F.O.B. prices, the Boston terminal market prices are very steady, with higher prices than 2019 and considerably higher than 2018 but no apparent urgency to sell the product via lower pricing, Lopez said. Pricing in fact has been increasing since the beginning of April and expected to remain stable.