Blueberry prices dropped in late March as national stay-at-home orders affected consumers, but the market has been stable and volumes very similar to previous years.

Prices for blueberries during February and March were very steady until the COVID-19 crisis, said Raul Lopez, an agronomist at Agtools.

“In the third week of March prices started declining and hit bottom on April 1st and then stabilized,” he said. “Compared to other commodities, this product has reduced prices, but not collapsed. Now the market looks to remain steady.”

At the New York terminal market, prices are down from a few weeks ago but have shown recovery.

In February 2020, prices were higher than the previous years, Lopez said.

“By mid-March, the contingency hit the market and started going up and down, then after a few days of stability, the market fell down under $20/case and again an up and down trend,” he said. 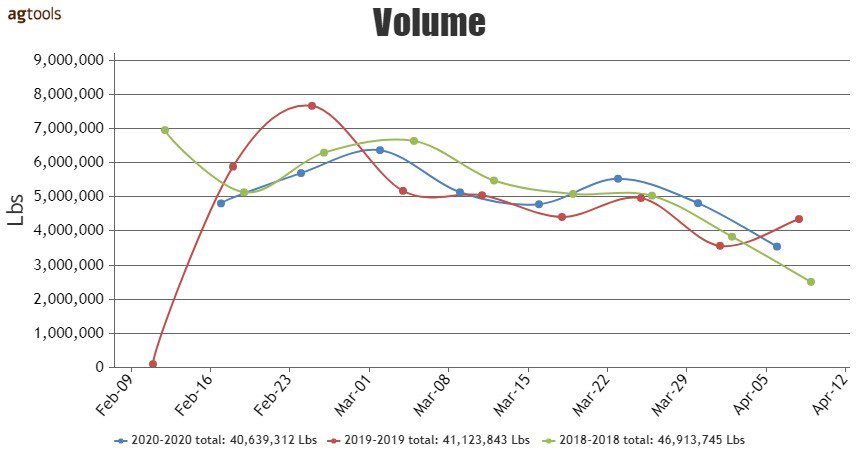 Looking at volume, numbers are very similar to the previous two seasons.

Total volume for the last two months has only been 500,000 pounds less than last year.

“Even when the trend is going down, the three seasons have the same trend, only with a slight recovery in the first week of April during 2019,” he said. “It looks like this product has not been affected by the public health emergency.”

REGIONAL VOLUME OF BLUEBERRIES FOR FEBRUARY 17TH THROUGH APRIL 9TH 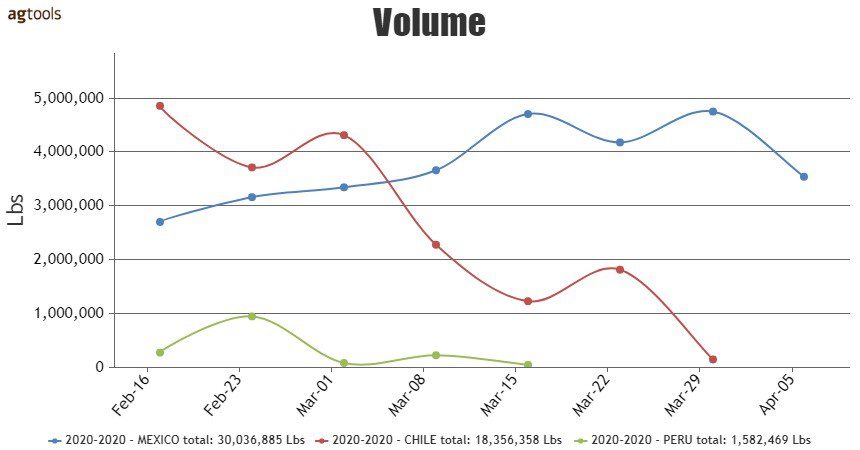 By region, Chile shows a clear downward trend, and Peru has gotten out of the market. But Mexico has shown a generally stronger trend in the past two months, Lopez said. It’s too early to tell if the early April drop will be a trend.