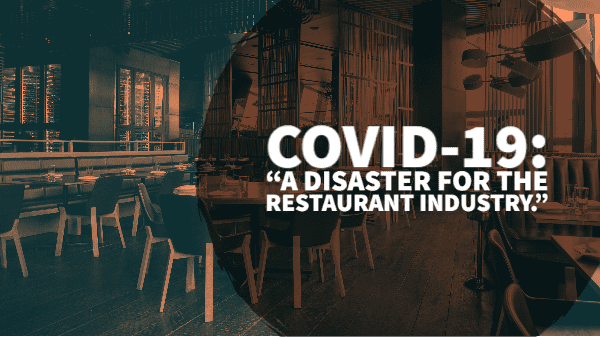 Tim York has worked his way through a spinach outbreak crisis and recent romaine lettuce recalls, but he’s never before seen what’s going on now.

“This is a disaster for the restaurant industry,” he said, March 20. “Our sales were off 30-40 percent earlier in the week and we’re losing whole orders by the weekend, looking at 70-80 percent off normal.”

US Foods BB #:134354 said March 23 that it will institute a hiring freeze, furlough some workers and draw down $1 billion under existing credit lines to have cash on hand.

Foodservice, including restaurants, schools and institutions, represent 40-50 percent of fresh produce sales, and sales are down so much that Mark Allen, president and CEO of the International Food Service Distributors and Tom Stenzel, president and CEO of the United Fresh Produce Association, sent a letter to Congressional and White House leaders requesting a recovery fund.

They wrote:
“Restaurants and other foodservice outlets account for as much as 40% of fresh fruit and vegetable sales. This economically vital segment of food production ensures fresh and perishable agriculture commodities are delivered from field to table. Right now, those tables are empty; these restaurants are closed, and our members are shouldering undue financial stress because they have paid farmers for produce that they cannot deliver and that restaurants cannot pay for.”
“In speaking to our members, initial estimates are anywhere between 50-90% in lost business overnight, with most distributors at significant risk of having to furlough employees that they will need to resume operations once we are past this crisis. Many others are at risk of bankruptcy due to the inability to collect receivables from restaurants, combined with debts to their suppliers.”

In York’s home state of California, its governor was the nation’s first to issue a mandatory stay-at-home order March 19 to slow the spread of COVID-19. In that order, grocery stores remain open, but all dine-in restaurants were ordered to close. Restaurants could continue offering their food by carry out.

“Of our customers, QSR won’t fall off as much, but full-service won’t translate well,” York said. “Fast casual will translate well but not above that.”

He pointed out that McDonald’s Corp.’s stock was trading at its lowest in a year last week.

“We’ve been talking to our members, and I’ve heard 30-60 days from getting back to normal to 12-18 months,” York said. “That makes planning very difficult. We’re adapting on a daily basis.”