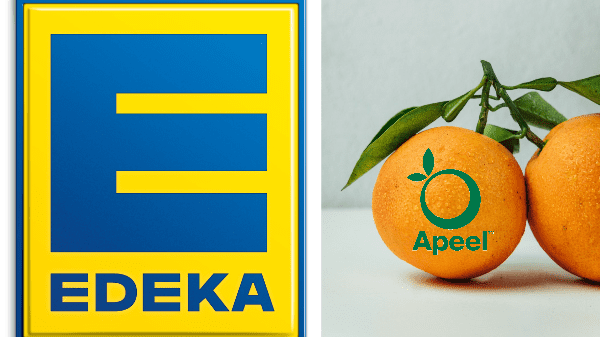 Hamburg, 27 January 2020: The Edeka Group is now further extending its commitment to fighting food waste and, in addition to avocados, now also protects oranges and clementines with the innovative “Apeel” technology.

Apeel BB #:345580 produce has a protective layer consisting of plant-based materials that slow down water loss and penetration by oxygen – two main factors contributing to decay of fresh fruit and vegetable products.

Not only does Apeel lower the amount of food wasted, in many cases it also makes plastic foil unnecessary. As trading partners of USA-based Apeel Sciences in Germany, Edeka and Netto Marken-Discount already launched avocados with Apeel’s protective coating at selected stores at the end of 2019.

Consumers will find the oranges and clementines – like the avocados – in selected Edeka stores in parts of northern Germany and North-Rhine Westphalia, as well as at Netto branches in parts in Bavaria, Baden-Württemberg and Lower Saxony. Nationwide introduction of such longer shelf-life products in Germany is scheduled to take place during 2020.

ABOUT APEEL SCIENCES
Apeel Sciences is a company that is fighting the global food waste crisis by utilizing nature’s tools to prevent waste in the first place — a sustainable approach to the world’s growing food demands. The company’s plant-derived technology helps fresh food growers, suppliers, and retailers maintain produce quality and extend shelf life, which minimizes food waste from the farm to the retail shelf to the kitchen table.

Apeel Sciences was founded in 2012 with a grant from the Bill & Melinda Gates Foundation to help reduce postharvest food loss in developing countries that lack access to refrigeration. Today, Apeel formulations have been proven effective at reducing the rate of spoilage for dozens of USDA Organic Certified and conventional produce categories, and the company works with partners ranging from smallholder farmers and local organic growers to the world’s largest food brands and retailers.

Edeka – Germany’s most successful initiative of entrepreneurs. The profile of the EDEKA Group with a clearly SME co-operative orientation and structure is based on successful interaction at three separate tiers: some 3,700 independent retailers throughout Germany are the public face of EDEKA. At the retail level, they assume the role of the local supplier, who vouches for first-class quality and enjoyment of groceries. They are supported by seven regional wholesale operations that supply fresh produce to the EDEKA stores on a daily basis and also provide support with distribution and expansion plans as needed. Co-ordination of the EDEKA strategy takes place at the Hamburg-based EDEKA Zentrale. This head office manages the national merchandise business along with the successful “We just ? food” campaign. This is where the impetus is generated for realizing objectives throughout the Group, such as the creation of seamless, end-to-end IT structures or the development of modern personnel development and qualification concepts for the retail sector. Moreover, with its subsidiary Netto Marken-Discount, the Head Office successfully sets standards in the discount business and thus complements the wide spectrum of services of the Group of companies. With about 11,300 stores and 376,000 employees, EDEKA generated 53.6 billion euros in turnover in 2018. EDEKA is one of the leading providers of vocational training in Germany, with about 18,000 trainees and apprentices currently in service.