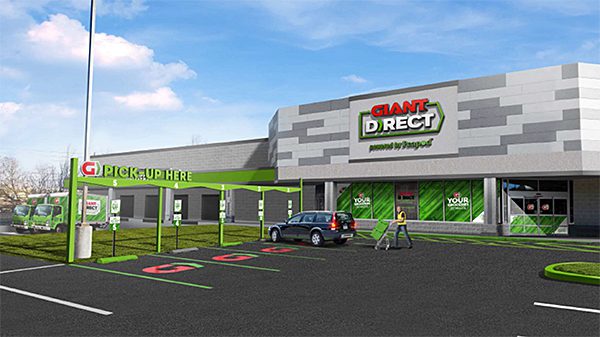 Retailers know that online sales are a reality and they have to offer it to consumers, but they didn’t know what form it would take.

The answer is starting to clear up a bit.

“In the last 60-90 days, there’s been some acknowledgement that there will be more automation that will be part of a store,” said retail analyst Bill Bishop, chief architect and co-founder of Brick Meets Click.

Retailers such as Walmart BB #:143789, Hy-Vee BB #:101759 and Ahold BB #:138251 have become more open about their investments in automated areas of stores and even stores or warehouses that are closed to customers. Some are calling these “dark stores.”

Bishop said he’s been in automated stores of those three chains, and it’s a trend he thinks many U.S. chains will adopt as online order volume continues to rise.

A Wall Street Journal story told of Amazon-owned Whole Foods’ struggle with gig-economy shoppers bothering the traditional Whole Foods shoppers, one of which in the Boston-area was angry for having “waited 15 minutes for vegetarian ‘chopped liver’ at a Whole Foods deli counter.”

It’s tempting to laugh at the pretentious shoppers getting their comeuppance, but this conflict of professional shoppers vs. own shoppers is a serious issue hitting many chains and parts of the country.

Stores and chains know when they hit the tipping point.

“When a store gets to 10 percent online sales, it becomes untenable,” Bishop said of the conflict. “Professional shoppers are disturbing regular shoppers.”

One area that doesn’t feel the pinch as bad is the produce department.

Unlike center-store aisles, most produce departments are designed with space in mind.

“Spacing and allocation is much better there than other departments,” Bishop said. “The produce department is almost always the department that has the most visits” and that’s no different with online orders.

For retail chains investing in dark stores or micro-fulfillment centers in existing stores, Bishop said automation can handle some of the center-store orders, but employees will still have to handle most perishable orders, especially fresh produce.

Retail chains will have to earn the trust of consumers that they will pick and pack fresh fruits and vegetables to consumers’ satisfaction, something the gig economy pickers don’t always do well.

Walmart even poked at gig economy rivals in a recent ad campaign that brags about its employees’ skills at picking groceries for online orders.

Retailers have traditionally been slow to change direction, but the digital economy is showing them that they can be nimbler than they imagined.