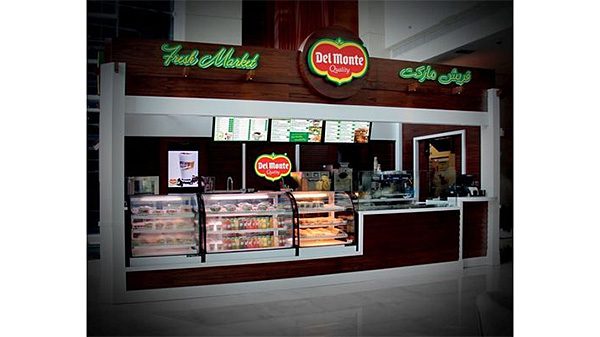 The Coral Gables, FL-based company announced plans to open retail outlets focused on fresh fruits and vegetables in mid-2017. The concept, modeled after an initiative the company operates in the Middle East, is expected to offer a line of chilled juices and prepared refrigerated fruit and vegetable grab-and-go meals and snacks.

“We are moving ahead as well with some of our newest and biggest opportunities,” Abu-Ghazaleh said during the call. “For example, we continue to grow our foodservice partnerships across the Middle East, Asia and Europe, which is increasingly a focus of new business for us. We are also on schedule to open our fresh food and beverage store in the United States during the first quarter of 2020 in Coral Gables.”

“This concept has proven itself in the Middle East and we are looking forward to the possibilities in the U.S,” he said.

The offerings likely will be enhanced with new, innovative products supplied through Del Monte’s acquisition of Salinas, CA-based Mann Packing, which Abu-Ghazaleh said “performed well” in the third quarter.

“As part of our meals and snacks product line, we are excited to see the launch of our Better Break line of vegetable-rich convenience snacks,” he said.

Abu-Ghazaleh also addressed concerns in the banana market during the analyst question and answer session. While the presence of the TR-4 virus in South America is, of course, a concern, Abu-Ghazaleh said increasing cost of production and retail unwillingness to budge on price will have to come to a head.

“The banana business has been, as you know, in turmoil for the last 10 to 15 years,” he said. “And I think that this cannot hold forever.”

Costs are going up in every respect, from production to shipping to ports.

“I believe in retail…their insistence on keeping the banana prices low is going to come to a point where they either kill the goose or you,” he said. “It can’t go on forever like this. Even the producers, or ourselves as producer, marketer, shipper. We cannot go on forever.”

“The retailers, the buyer has to understand that unless the prices are adjusted going forward there will be a time when there will be issues in this industry,” he said.