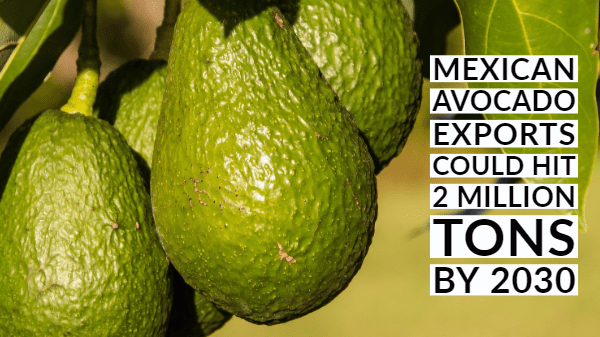 Many times called “green gold,” Mexican avocados are one of the most appreciated agricultural products in the world allowing Mexico to market more than 635,000 tons globally.

Luis Doporto Alejandre, whom is a founding member of the companies of Golden Stone and Guacamolito, reported to Excelsior, a Mexican-based news outlet, that the production of avocados has been a vital connection to international commerce for Mexico during the last 30 years.

And that even though the Mexican avocado competes with avocados from Peru, Colombia, and Chile, none of been able to surpass Mexico’s figures.

While the United States imports about 80% of its avocados, Mexico has been able to broaden their market and reach countries such as Canada, China, Japan, Germany, France, and Spain, who accounted for 16% of global exports during the first half of this year.

Doporto Alejandre states that in a market that has been on the rise for the last 15 years, it is estimated that exports for the Mexican fruit will reach up to 2 million tons by 2030.