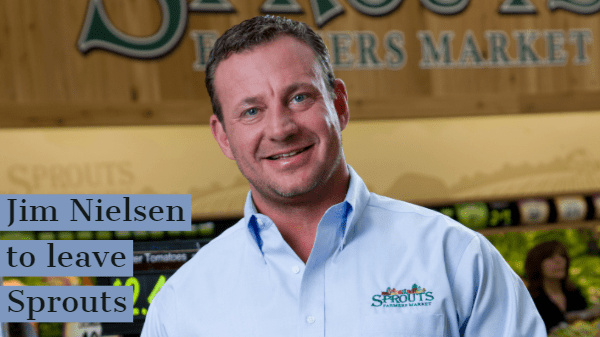 The company reported flat same-store sales in the quarter, up 0.1% over the second quarter of 2018.

“April was our most challenging month this year, driven by limited produce availability, reducing our ability to improve to promote and drive traffic,” said interim CFO Chip Molloy, during a quarterly earnings call held August 1. “Trends were better in May and June, but still below our expectations.”

Online sales, while still a small piece of the pie, increased 170% in the quarter.

During the call, analysts had questions about the executive shakeups the company has experienced over the past eight months. In December former CEO Amin Maredia left the company. A new CEO, Jack Sinclair, was named in June, but at the same time interim CEO and CFO Brad Lukow’s announced his departure “to pursue other opportunities.”

And now, Jim Nielsen, president and COO, has resigned that position after a lengthy medical leave. He plans to stay on to help with transition through next spring.

“Jim has given his heart and soul to this company over the years, and I mean that literally,” Molloy said, during the call. “I’m speaking for the board when I say we have been incredibly grateful for everything that he’s given to this company to help grow to where it is today.”

But that doesn’t mean Sprouts is pulling back on the reins.

“We are going to reevaluate how we go to market and how we extend our reach,” Molloy said. “We’re going to look at how the box is, how much the box costs and how fast we can grow this. I don’t foresee us slowing down growth. If anything, it’s going to go the other direction.”