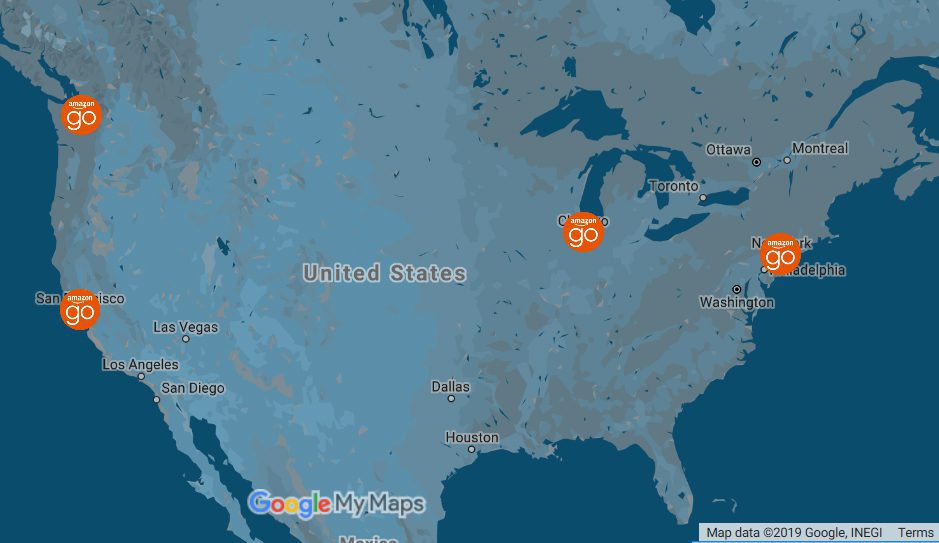 Three new sites for Seattle-based Amazon’s cashier-less retail store, Amazon Go, have been announced, bringing store count up to 17 since it opened the first location in Seattle in January 2018.

Two new locations are slated for Chicago, and one in Seattle, according to the company’s website.

Amazon has yet to unveil its plans for a reported brick-and-mortar grocery venture, but over the past few weeks the company has announced expansions of its AmazonFresh grocery delivery service, most recently to Las Vegas.

See the locations for Amazon Go. Click the map to zoom. Orange dots are open, and gray dots are coming soon.