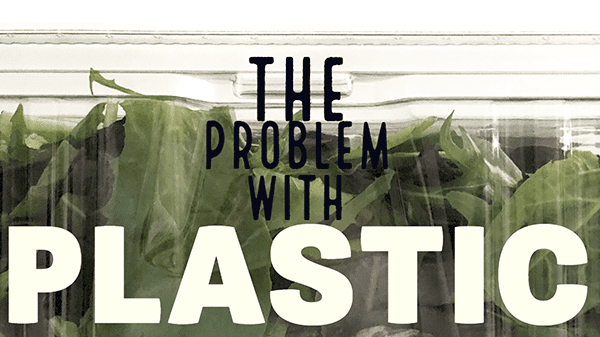 MONTEREY, CA—I don’t think I’ve heard the word plastic mentioned so many times in the space of two days, before I attended the Organic Produce Summit July 10-11.

I talk a lot about plastic, and sometimes I get hate mail for defending it, but it’s something the produce industry is going to have to face head on in the coming years, if not sooner.

Organic retailers, in particular, aren’t shy about shunning plastic. I had the pleasure of sitting with Jeff Fairchild of New Seasons Market, Portland, OR, BB #:176908 on the buyer tours. We talked a lot about plastic and how his shoppers are completely turned off by it.

From flow wrapped tray packs to overwrapped head veg like broccoli and cauliflower, anything encased in plastic gets bad reviews. Don’t get him started on non-recyclable tubes and clamshells for things like apples. I tend to agree with him on those, where there’s not much shelf life benefit.

The tour stopped at Taylor Farms, where we got a fascinating look at the company’s packaged salads. Jeff asked Jerrett Stoffel, Senior Vice President of Operations for Taylor Farms Retail Inc., BB #:166504 about the company’s plastic clamshells and the answers were a challenge.

As you may recall, Taylor Farms acquired Earthbound Farm in April. Earthbound Farm has been on the forefront of plastic reduction for more than a decade. They started using 100% post-consumer plastic for salad clamshells, a practice Taylor Farms is working toward implementing, Stoffel said.

But, there’s a problem.

Taylor Farms would like to be a closed loop on plastic, meaning they’d use 100% post-consumer, making their own clamshells from PET flake that comes from other salad clamshells. However, “middle men” in the system aren’t pulling those in the municipal recycling centers.

“We need to get that group to come in and buy those containers that they’re collecting,” Stoffel said. “That’s the system that we’re working on putting together right now.”

Up until recently, municipal recyclers little motivation to sort out harder-to-identify containers like plastic punnets and relied on items like 2-liter soda bottles and milk cartons–the low-hanging fruit, if you will.

It’s going to be an uphill battle to get the rest of recyclable packaging actually into the system. Consumer momentum on plastic is helping effect change, Stoffel said. These recyclers need to see the demand.

“The biggest piece of this – is somebody buying that material and is there a market for it,” he said. “I think we can create that. Demand from a consumer standpoint and those questions will help drive that.”

Here’s the rub. Are consumers willing to pay the price?

“Is it going to make things cheaper? No, but it will keep those containers out of landfills,” Stoffel said.

And will it be enough?

Many of the most outspoken opponents of plastic aren’t willing to give credit for plastic reduction. They want total elimination, or “food in the nude” as some cute marketing campaigns call it. The way our supply chain works does not support completely bulk produce.

Food doesn’t hold up to the rigors of transport and distribution, and food safety would be a nightmare. The shrink at retail would be unimaginable.

Is there a happy medium?