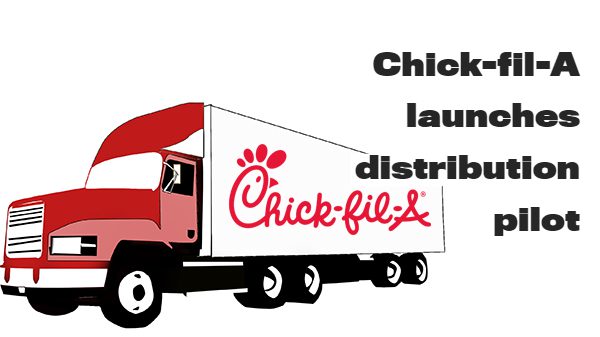 Chick-fil-A’s first company-owned distribution center in Georgia made its first delivery to a store this week.

David Jamieson, director of construction and facilities for the Atlanta-based quick serve chain, posted a video on LinkedIn July 16 and said, “many more to come as we build out our own distribution network.”

The pilot project was announced this spring for the DC in Cartersville, GA, by Georgia governor Brian Kemp.

‘We are thrilled to be opening our first distribution center right here in Georgia,’ said Paul Trotti, executive director on the distribution project. ‘This investment will allow us to continue to innovate around Chick-fil-A restaurants’ unique needs so that we can better serve restaurant Operators and Team Members, and ultimately our guests.’”

While Chick-fil-A is obviously known for its chicken sandwiches, it has a substantial amount of fruit and vegetable options and even touts its menu items to vegetarians.

Chick-fil-A officials could not be reached for comment on its future supply chain plans.