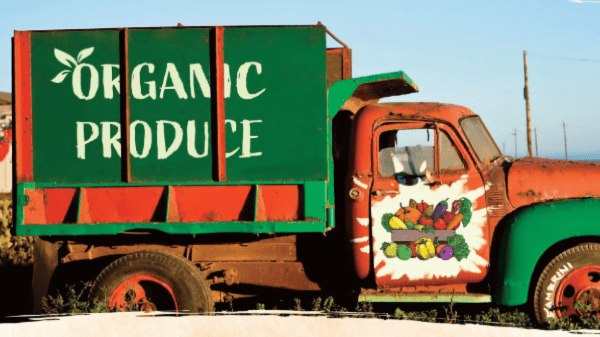 To meet consumer demand, the U.S. suppliers and retailers have increasingly relied on imports to augment shipments.

Although the USDA only tracks a limited number of organic commodities, numbers have risen sharply since 2011. Top fresh organic imports include bananas, avocados, and apples, primarily from Mexico.

4Earth Farms has organic growers in Costa Rica, Jamaica, South America, Europe, and New Zealand, but most of its organics are grown in the western United States and Mexico.

“Retailers are trying to establish themselves with their shoppers as a destination for organics, so it’s important to have organics on the shelf 52 weeks of the year,” said Mark Munger, vice president sales and marketing 4Earth Farms, LLC BB #:148899. “We want crop diversification to make sure we have product available year-round.”

Sourcing internationally does have its challenges.

“You have to get it here, and make sure farms are following the rules and regulations, and there are no USDA or sanitary issues,” Munger said. “Our best options are NAFTA countries.”

Mexico has become the fourth-largest exporter of organic produce in the world—mostly to the United States. Only about 15 percent of Mexico’s organic produce remains in the country for domestic consumption.

The rise of Mexican exports is directly attributable to the implementation of NAFTA—the country’s fruit and vegetable production has doubled since 1994. Most believe there will be little disruption to trade once NAFTA’s successor, the United States-Mexico-Canada Agreement (USMCA) goes into force.

Of the tracked organic exports leaving the United States, the top items by value include apples, grapes, and lettuce. Three-quarters of organic exports go to Canada and Mexico, followed by countries in East Asia. Exports of selected organic commodities to the European Union were on track to double to a record $22 million last year.