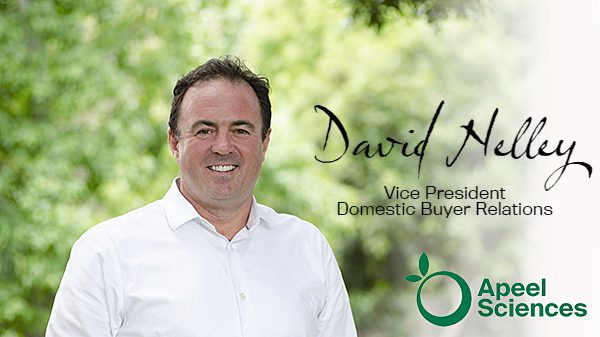 The list of big names in fresh produce who have joined Goleta, CA-based Apeel Sciences BB #:345580  just added another.

Nelley, who grew up on a farm in his native New Zealand, spent the past 30 years dedicated to premium fresh produce across the globe. Now it’s time for a new challenge, Nelley said, in a news release.

“No only are we in this for the business opportunity, but everyone throughout the supply chain is a partner in meeting the global challenge of feeding the future sustainably,” he said. “To me, Apeel is the reason to be positive about the future of produce.”

Since it started pilots with avocados at U.S. retailers, Apeel says its technology has helped retail participants:

The company has garnered a lot of interest both in the U.S. and on the international stage since it started pilots at Harps and Costco last summer. It was named one of the 50 Most Innovative Companies by Fast Company, one of Time Magazine’s Genius Companies of 2018, and One of Six Technologies that Could Shake the Food World by the Wall Street Journal.