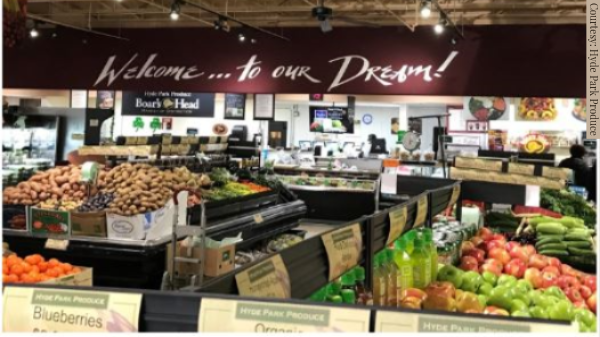 From big cities to small towns, independent grocers who please their customers with unique items and service can compete with the giant chains.

And when it comes to online ordering and delivery, one technology company has their needs in mind.

Mercato, a San Diego-based company, works with mostly high-end, independent retailers to provide them with a digital platform of marketing and e-commerce that gives consumers the same experience – or better – as many larger chains, who are growing in digital retail.

“We’re similar to Instacart, but the vast majority of our retail customers are one or two store locations,” said Brian Waldman, vice president of marketing for Mercato.

He said Mercato integrates its system into a retailer’s, but it also promotes and markets directly to that retailer’s customers.

“We see a lot of staples in Mercato orders,” she said on June 20. “We get mostly produce on orders, but also dairy and deli.”

Damico said her store’s customers are typically walk-in traffic who often buy what they can carry home. Having online order and delivery allows the store to fulfill larger orders and do better business when weather is bad, like in the winter.

Hyde Park Produce employees pick the items for an online order, Damico said, and that means they have to be well-trained to pick the correct and high-quality foods, especially on fresh fruits and vegetables.

Then Mercato arranges the transportation for deliveries.

Waldman said in late June that Mercato has about 750 retail customers and is close to receiving financing that will allow it to expand rapidly.

Retailers using Mercato are in many U.S. markets, but currently they tend to be in the larger cities, such as New York, Boston, Chicago, Los Angeles, Seattle, and San Francisco, due to the population density.

But Waldman said the company will work with retailers anywhere.

“I hope it grows,” Damico said. “We’ve definitely seen an increase in the last year.”