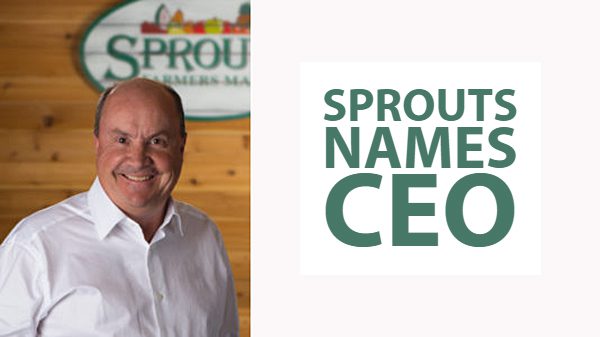 In a news release, the company also announced interim co-CEO and CFO Brad Lukow has resigned to “pursue other opportunities” and Chip Molloy is the interim CFO until a permanent successor has been named.

The company also announced that Shon Boney, a company founder and board member since 2002, is stepping down from its board of directors. Boney the grandson of the Henry Boney, who founded Henry’s Farmers Market, the precursor to Sprouts Farmers Market.

“Having Shon on our board has been instrumental as sprouts has undergone rapid expansion, and we thank him for his service and contribution all these years,” said Joseph Fortunado, Sprouts Chairman of the Board, in a news release.

Sprouts was founded in 2002

Sinclair said he’s “humbled and extremely privileged” to accept the position at Sprouts.

“Sprouts is a company with a higher purpose – to empower every person to eat healthier and live a better life – and the commitment of its 30,000 team members to drive lasting change in the communities they serve truly resonates with me,” Sinclair said, in a news release.