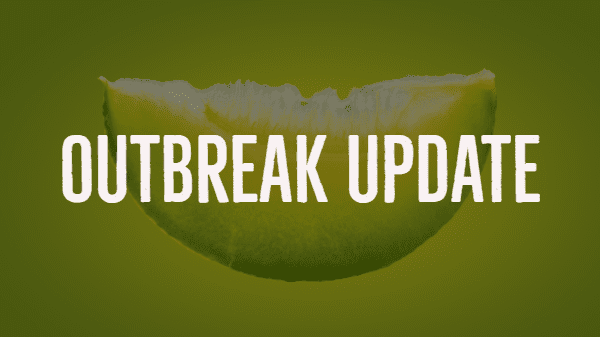 The Centers for Disease Control and Prevention has declared the fresh-cut melon salmonella outbreak linked to Caito Foods BB #:334080 over.

However, the U.S. Food and Drug Administration said it continues to investigate the processing facility that cut and packed the melons linked to this Salmonella Carrau outbreak. FDA said a single source or potential point of contamination has not been identified for this outbreak.

The outbreak resulted in 137 illnesses and 38 hospitalizations in Alabama, Iowa, Illinois, Indiana, Kentucky, Michigan, Missouri, Minnesota, Ohio and Wisconsin. There were no deaths attributed to the outbreak.

FDA issued its first warning for this outbreak on April 12, and it says the last illness onset was recorded May 1.