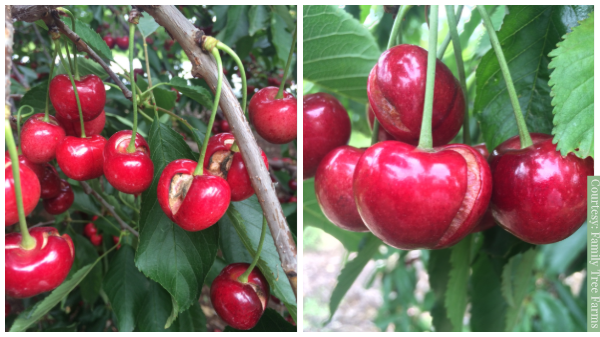 As much as two-thirds of the California cherry crop may be lost after a week of rain.

A good growing season led to early estimates of a record crop over 10 million cartons. But heavy rains have caused much of the fruit to split, making it unsellable.

He said in his area of California, crop damage is 50 to 100 percent. He said he’s hearing closer to 50 percent losses in the Stockton/Lodi area, but overall, he predicted the state would lose 60 to 65 percent of its crop due to the rain.

“The rain brings nitrogen into the tree, and the fruit ends up cracking,” he said. “Then there’s no value. Harvesting and packing cherries is very expensive.”

The California Farm Bureau reported that cherry growers were still assessing damage the week before Memorial Day, but several said the weather in the next week or two will determine if fruit can still be picked and sold. If it stays cool, they may be alright, but if it heats up too quickly, fruit will crack more. http://www.agalert.com/story/?id=13026

According to USDA’s AMS, California had shipped 1.9 million 16-pound cartons of cherries through May 18, up from 1.4 million cartons at the same time last year. The week of May 12, the state shipped 1 million cartons, as it was just ramping up.