As the Dallas-Ft. Worth metropolitan area goes from strength to strength in terms of population and business growth, the city’s fresh produce industry faces the cheery challenge of feeding more and more mouths. 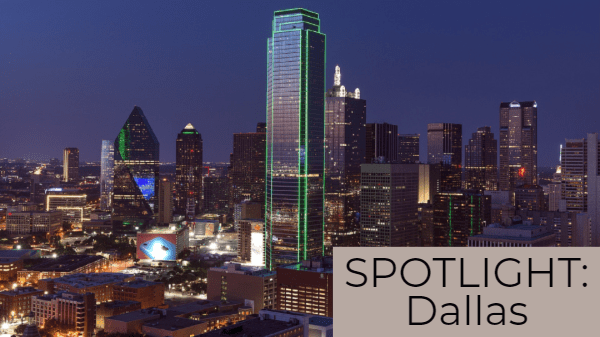 John Neely Bryan, who founded Dallas in 1841, chose to locate the nascent city on the Trinity River to better serve as a trading post and facilitate migration to the area.

This tendency to welcome new residents has continued, with the Dallas-Ft. Worth (DFW) metroplex (which also includes Arlington), adding substantially to its ranks in the years since. In the last few decades, the region’s population has climbed from 2.9 million to 7.4 million.

As one of the nation’s fastest growing metro areas, DFW attracts both domestic and international newcomers and all need somewhere to live, shop, and dine.

The growth rate has been compared to Los Angeles in the 1970s and 1980s, and though not without its problems, LA has transformed itself and now boasts one of the most diverse food industries on the planet.

What’s more is the North Texas Council of Governments estimates DFW’s population will surge to 11 million people by 2027, and such growth is certainly Texas-big and something to cheer about.

Despite its rampant growth and rising demand, the DFW metroplex is no longer home to an actual terminal market.

The former market facility, sold to DF Market Holdings from the city of Dallas in 2013, was refashioned into a multiuse development with residential, retail, and restaurant components.

Even without a dedicated wholesale facility, the area still has a burgeoning fresh produce pipeline—it’s just more dispersed. Steve Ford, managing member at Dallas Direct Distributing, LLC in nearby Crandall, TX, acknowledges the loss but pays it no mind, as he is still able to serve his customers. “Wholesalers are scattered all around Dallas-Fort Worth,” he said.

Larry Ma, general manager at Farmers Branch, TX-based Pacific Plus International, Inc., is also carrying on as usual, dealing with brokers who ship produce direct from the farm to the firm.

For Andy Nguyen, president of Quality Produce Distributing, LLC in Grand Prairie, the demise of the terminal market has both positives and negatives.

On the plus side is doing without the crowds, when wholesalers vied with shoppers for space and time. “People would shop on the weekend, with truckload after truckload loading in the market,” Nguyen recalls.

On the downside, Nguyen admits there’s been a slowdown in sales in recent years.

As an importer of Asian fruits and vegetables, rising prices have tempered demand. There have also been quality issues with imports from China, especially in the sacred garlic pear (also known as the temple plant) and usually popular Asian pears.

Additionally, weather and disease have impacted the U.S. citrus crop, affecting production, harvests, and availability. While Nguyen used to sell truckloads of oranges in years past, sales were only a fraction this season, he says. The same has been evident in other citrus fruit as well, including sales of both grapefruit and nectarines.

Ma says that his bestselling produce items are broccoli, cabbage, and carrots. These crops and many more, including other vegetables such as greens and onions as well as a range of fruits, are grown in the Rio Grande Valley in southern Texas, the closest growing region to the DFW area.

The Valley is also home to closest port complex to the DFW area. Ford notes that while most smaller businesses don’t import directly from Mexico, they buy produce from other entities in the Valley that do.

And in keeping with the nationwide trend, DFW consumers are showing more interest in organic produce. Although he doesn’t deal in organics, Ford has noted anecdotally from his customers that there’s more demand for organics, as well as for greenhouse-grown produce in recent years.

On the other hand, Nguyen points out that higher prices for organic produce have been a deterrent for many customers, who prefer to spend less.