The presence of the Whole Foods headquarters has helped shape the grocery landscape in Austin, said Dan Gillotte, chief executive grocer for Austin-based Wheatsville Co-op, a two-store natural and organic retailer that’s been on the scene since 1976. 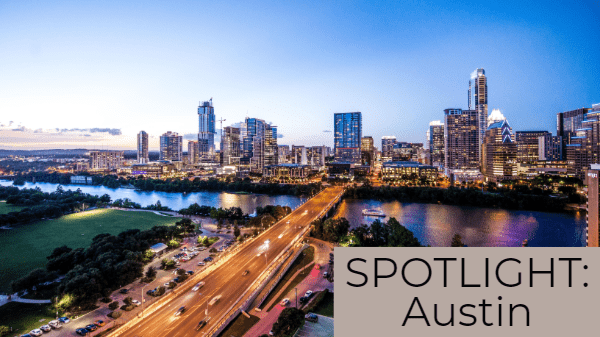 Gillotte said the last 10 years have ushered in tremendous growth in this area.

“Austin has been ‘ground zero’ for natural foods,” Gillotte said. “Just in the past 10 years we’ve seen Sprouts, Trader Joe’s, and Natural Grocers arrive on the scene—and have also seen H-E-B and Central Market continuing to up their games on natural and organics.”

Wheatsville Co-op, too, has enjoyed growth over the past few years. Wheatsville got its start as a small store near the University of Texas. In 2013, the grocer opened a second, much larger, location with expanded prepared foods and community space.

And, of course, grocery delivery. Even in natural and organic foods, Gillotte says Austinites want the convenience of delivery.

Gillotte is also surprised at the willingness of shoppers to let someone else select their fresh produce. “Instacart, in our stores, and delivery and curbside at other stores indicate that customers really are finding it acceptable not to be picking their own fruits and veggies. That, honestly, surprised me, but I expect this to grow strongly.”

To that end, pre-packaged, prebagged items are also increasingly popular with consumers as well, he says.