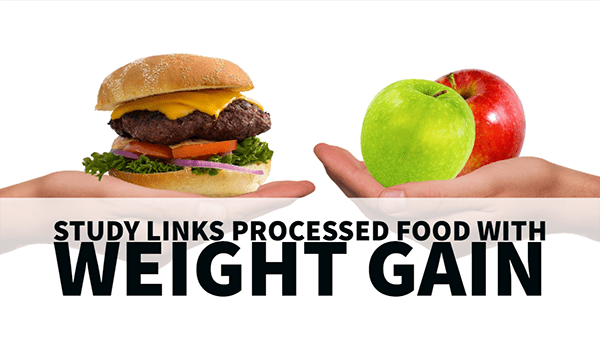 After the study’s release, NIH Director Francis Collins tweeted May 16, “Another good reason to head to the produce aisle.”

This small-scale study of 20 adults was conducted by researchers at the NIH’s National Institute of Diabetes and Digestive and Kidney Diseases, and it’s believed to be the first randomized controlled trial looking at the effects of ultra-processed foods.

It’s also significant in that previous observational studies of many people had shown associations between health problems and diets high in processed foods, but since they didn’t randomly assign people to eat specific diets and then study the results, researchers couldn’t determine whether it was the processed food that were a problem or some other reason.

The study found that people eating an ultra-processed diet ate more calories and gained more weight than when they ate a minimally processed diet, such as one high in fresh fruits and vegetables.

The study pointed out that the differences occurred even though the two diets had the same number of calories and micronutrients.

“Over time, extra calories add up, and that extra weight can lead to serious health conditions,” said NIDDK Director Griffin Rodgers, in a news release. “Research like this is an important part of understanding the role of nutrition in health and may also help people identify foods that are both nutritious and accessible — helping people stay healthy for the long term.”