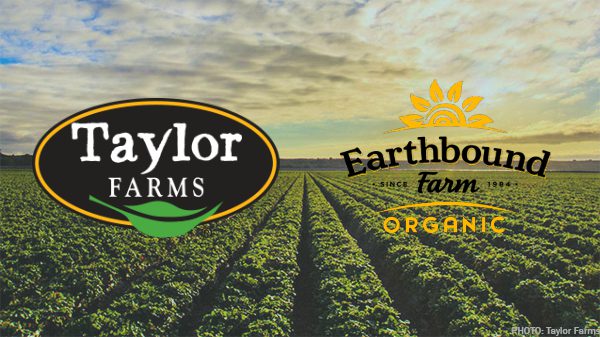 Taylor Farms announced the acquisition from Danone SA in a brief news release, saying “We are grateful for Danone’s stewardship of Earthbound Farm during the past two years and for the opportunity to return ownership of this organic fresh produce leader to local roots and family ownership.”

Taylor Farms plans to run Earthbound Farm through the Taylor Farms Retail Group to help “lead growth in the dynamic organic fresh produce category,” according to a news release.

This isn’t the first big acquisition in America’s Salad Bowl over the past few months. In late January, Church Bros. acquired the commodity vegetable business from Growers Express, for an undisclosed sum, expanding the company’s volume an estimated 15% to 20%, and giving it a larger retail footprint with the Green Giant Fresh brand.