It turns out mom was wrong, and I’m not supposed to eat my veggies because they’re toxic!

It’s a silly angle for a story, but the Environmental Working Group’s annual Dirty Dozen gives the opportunity for some media hack to write a story about how much kale has it coming. 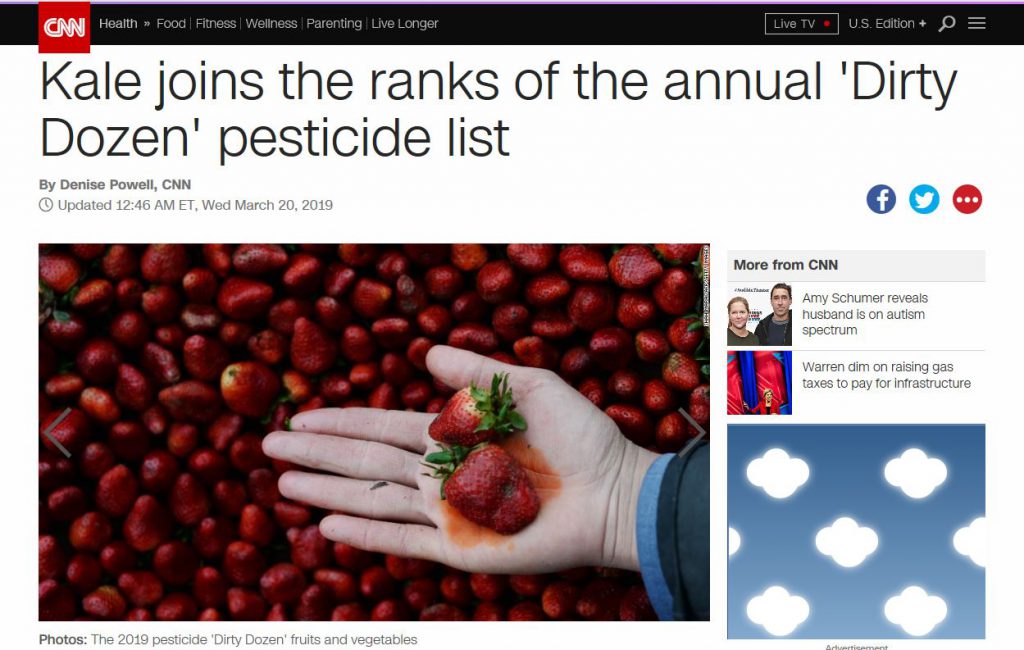 The produce industry was tired of these stories, so many members formed the Alliance for Food and Farming 30 years ago, in part to counter these scare stories in the consumer media.

Executive director Teresa Thorne said the group gets ready every year for the release of the Dirty Dozen, which happened March 20.

Thorne was quoted in many stories providing balance to the EWG’s message that many fresh fruit and vegetable items are dangerously toxic.

Thorne said she talked with media all day yesterday and expects to continue to for the next several days.

“We’ll bend over backwards to respond to [reporters],” she said. “We’ll comment every single time. And when we see unbalanced coverage, we reach out to ask them to update their stories.”

She said the first day, AFF’s media monitoring showed a 30 percent increase in coverage of the Dirty Dozen over last year, and 45 percent of it was one-sided toward EWG.

But she said the news that kale jumped into the 3rd spot on the Dirty Dozen gave the media a fresh angle.

Thorne said the most balanced stories in the media are ones that talk to her, dietitians and scientists. This one talks to all three.

She said she likes to point out in interviews that while the Dirty Dozen is based on an analysis of more than 40,000 samples taken by the USDA and FDA, EWG doesn’t link to it anywhere, since the USDA and FDA both say fresh produce is overwhelmingly safe and nutritious.

AFF has worked with dietitians the past few years, hosting them for visits to produce farms and facilities, and that helps many of them educate consumers. These are two examples of stories from dietitians showing how the pesticide residue fear should not prevent consumers from eating fruits and vegetables.