For many in the produce industry, good manners often dictate conversations steer clear of politics, religion, or even NAFTA. 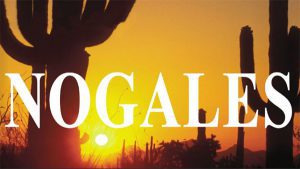 Put into force in 1994, the North American Free Trade Agreement united of the world’s largest free trade zones and encouraged the unfettered flow of commerce across borders. Pre-NAFTA, Canada, Mexico, and the United States were already each other’s most important trading partners. Trade among the three countries exceeded a trillion dollars in 2017.

The dismantling of NAFTA came about with the signing of a bilateral trade agreement between Mexico and the United States in August, followed by Canada joining the fray in September to create the new agreement, United States-Mexico-Canada Agreement.

All along, produce industry professionals in Nogales, AZ, took pragmatic—and sometimes opposing—views of NAFTA and its provisions.

“NAFTA has been favorable for everyone in agriculture and has enhanced the movement of produce flowing north and south,” said José Luis Obregon, president of IPR Fresh.

“It’s irresponsible to put obstacles in the way of having sources for produce,” he said. “There will always factions of the industry that want protection in the form of tariffs, which will just make everything more expensive.”

Joe Bernardi, president of Bernardi & Associates, Inc., said, “There’s room for negotiation in the new agreement. We haven’t always gotten the best deal. The United States has lost jobs and production because of NAFTA. The right deal should make both parties feel good. On the flip side, U.S. consumers have enjoyed lower product costs and increased food safety.”

Roberto Franzone, director of Arizona Sky Produce, Inc., looks at it this way: “Mexico is a big shipper to the United States in winter. North Americans eat peppers, cucumbers, and tomatoes November to March. Technology can help measure where we’re lacking and where we do, we do well. We can use analytics to measure who’s growing what when and adjust tariffs accordingly. As for seasonal dumping, it works both ways. More production has created more demand for all kinds of produce year-round.”

This is an excerpt from the most recent Produce Blueprints quarterly journal. Click here to read the full supplement.