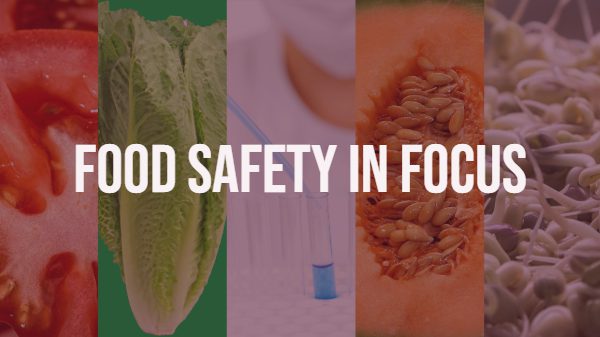 Industry advocates are fighting back against consumer media recommendations that consumers avoid many foods during the government shutdown, including fresh fruits and vegetables.

Numerous media reports quote sources saying consumers should avoid many foods, including fresh produce, such as CNN, Yahoo and MSN.

“Nothing could be further from the truth,” said Jennifer McEntire, vice president of food safety and technology at United Fresh Produce Association in Washington, DC.

“There are tremendous requirements imposed on the production side by retailers and restaurants,” she said. “Industry standards are required and met every day.”

She said United Fresh is trying to get this message out to consumer media, but it isn’t easy.

News stories have quotes from consumer activist groups, dietitians and even food safety lawyer Bill Marler, questioning the safety of many food items.

Marler was quoted in several stories saying consumers should avoid food they can’t cook, and that includes fresh fruits and vegetables.

“In my opinion, during this shutdown, food is less safe,” he said Jan. 18. “We need to get our inspectors back to work and getting paid.”

When asked if it was fair to advise people not to eat any fruits and vegetables, he said, “Was I being too broad? Sure. Could I have been more artful? Sure.”

But he said he stands by his comments based on 25 years of handling cases of people becoming ill or dying because of the unsafe food they eat.

From the nutrition perspective, that’s not good advice.

“There are people who market fear,” she said. “I disagree with that.”

She said there are still government inspections going on, and farmers work very hard to produce safe food, the same food they eat and feed their families.

On top of that, avoiding fresh produce is a terrible idea for consumers.

“As a registered dietitian, there are nutrients in produce that you do not get in other food sources,” Cochran said. “90% of consumers don’t eat the recommended amount of fruits and vegetables, so stories like these, compound a problem that already exists.”

The California Leafy Greens Marketing Agreement, which has worked with Cochran in the past, has also done some outreach with consumer media, said April Ward, marketing communications director.

For instance, Ward pointed out that LGMA CEO Scott Horsfall appeared on the Dr. Oz show in the fall talking about how leafy greens were safe to eat again after an outbreak.

McEntire said part of the problem with the news stories is that reporters aren’t seeking out food safety experts, but rather sources with agendas.

“People like me are experts, not weight loss people,” McEntire said.

She said the reality is that the Food and Drug Administration doesn’t conduct continuous inspections of fresh fruit and vegetable producers, and the inspections that are done by state regulators haven’t been affected by the shutdown.

“We hope the shutdown ends as soon as possible so we can communicate with the FDA, but food safety is not something consumers should be concerned about,” McEntire said.